Film Session: 3-pointers down the stretch

In the closing minutes of Tuesday night’s narrow 73-72 victory over LIU Brooklyn, both the Blackbirds and Hoosiers nailed open 3-point looks to keep things interesting.

A look at how Jason Brickman worked his magic to get teammates open and how IU found some open looks in the right corner against the 1-2-2 zone in the latest edition of Film Session:

The Blackbirds are able to get a hand on a missed free throw, tipping the ball up and out to the perimeter: 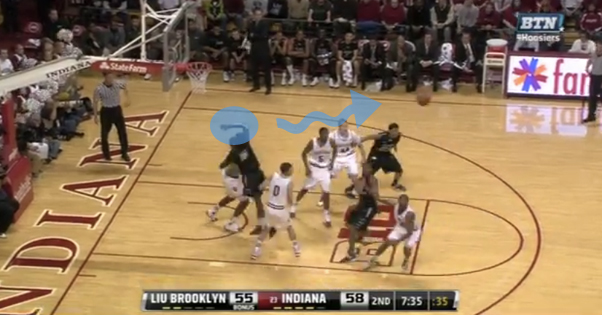 Brickman corrals the loose ball and blows by Evan Gordon: 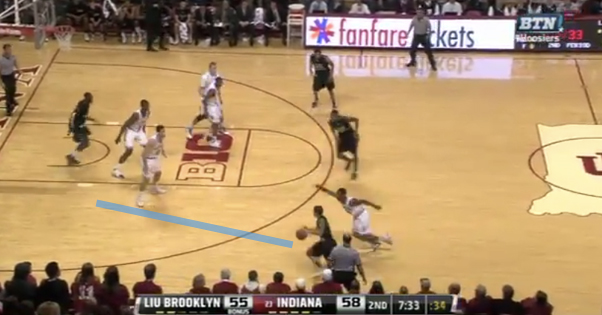 He comes all the way down to the baseline in the paint, and an IU defense that’s still scrambling to pick up guys suddenly has four players staring into the right corner, leaving Will Sheehey on an island: 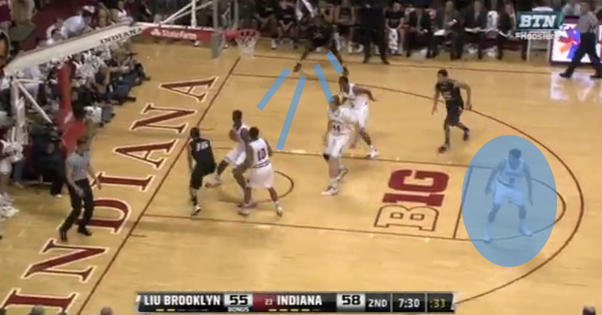 As the ball comes out of the corner and into the high post, Sheehey has to choose between two perimeter Blackbirds: 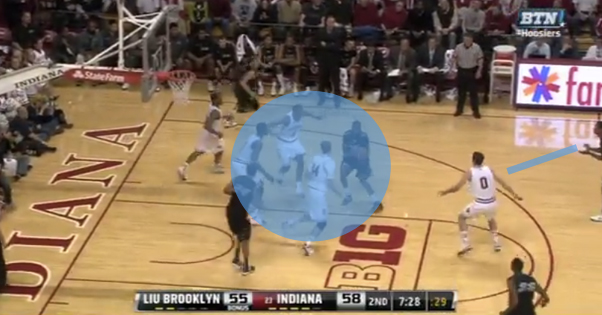 E.J. Reed is left open as result and gets the pass: 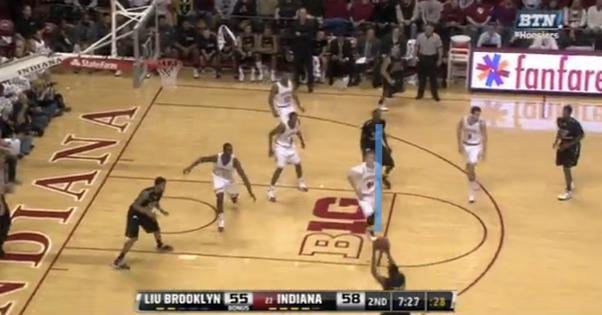 Luke Fischer does a decent job of closing out, but Reed’s able to score despite the effort: 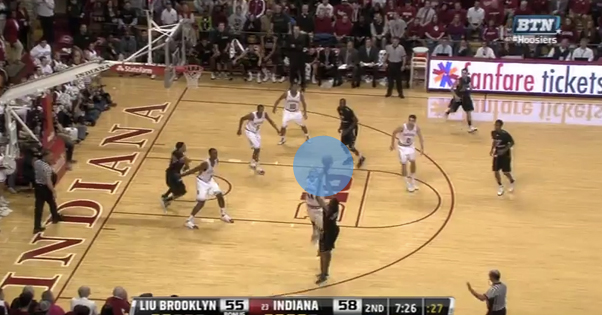