Indiana posted 100 points in its season opener by getting to the line 55 times and running a frantic pace at the Cougars (86 possessions).

A look at early work by Noah Vonleh along with some success and failure in the halfcourt in the 2013-2014 season’s inaugural edition of Film Session:

I. Vonleh on the break

Vonleh grabbed three straight defensive rebounds early in the first half. His first he took coast to coast and was blocked at the rim. His second was a botched outlet pass to Yogi Ferrell resulting in a turnover. His third had better results: 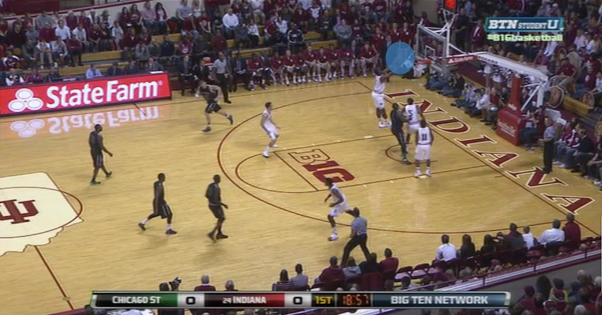 Vonleh again decides take it himself. As he crosses halfcourt, Indiana’s spacing isn’t quite ideal: 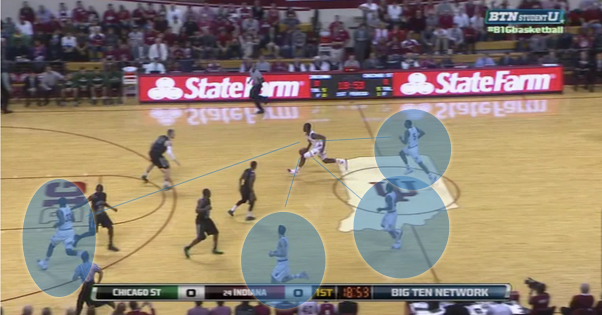 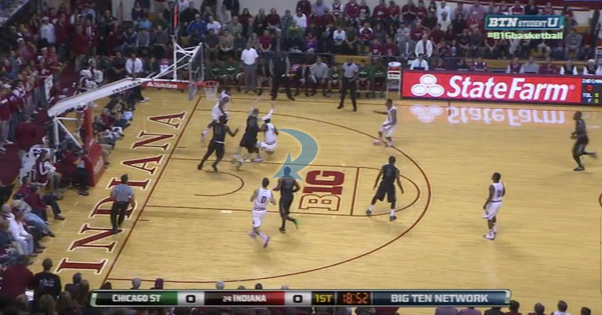 And finishes for Indiana’s first basket of the season: 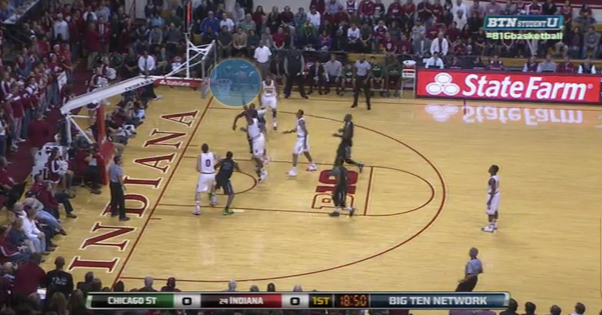