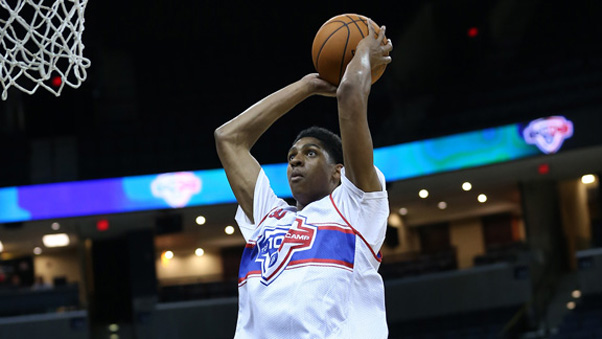 After completing official visits to all four of his finalists and taking a couple of weeks to mull over his options, class of 2014 Christchurch (Va.) announced on Wednesday that he’s headed to the SEC.

In a press conference in the boardroom at his high school, Robinson picked the Florida, giving the Gators their third verbal commitment in the class.

Robinson, the No. 21 prospect nationally according to the 247Composite, also considered Indiana, Notre Dame and Oklahoma State.

The 6-foot-8 forward, who can play multiple positions, visited Bloomington earlier this fall for Hoosier Hysteria.

In the months leading up to the decision, there was little chatter on where Robinson would ultimately end up as he stopped doing interviews.

Indiana has two commitments for the class of 2014 – guard Robert Johnson and forward Max Hoetzel – and remains involved with JaQuan Lyle and James Blackmon Jr., who will announce his decision on Thursday. Blackmon Jr. is expected to choose between Indiana, Kentucky and Michigan.

Australian star Dante Exum also has Indiana in his list of five finalists, but will likely declare for the 2014 NBA Draft.