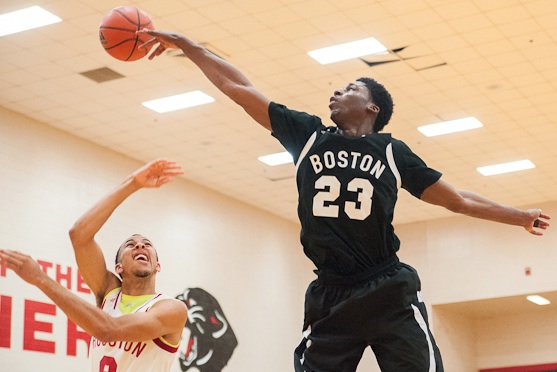 In a televised announcement on ESPNU, class of 2014 forward-center Goodluck Okonoboh announced his commitment to UNLV.

Okonoboh, the No. 24 prospect in the 247Composite, also considered Duke, Florida, Indiana and Ohio State.

The Wilbraham and Monson Academy (Mass.) took an official visit to Indiana the weekend of Sept. 13-15 and later visited Ohio State and UNLV prior to his announcement.

“They had the best blueprint for me. I’m just excited to be a Rebel,” Okonoboh said on ESPNU of his decision to attend UNLV.

Indiana has one commitment for the 2014 class – guard Robert Johnson – but is hosting Devin Robinson this weekend for an official visit. On paper, the Hoosiers have one more scholarship to give in the class.