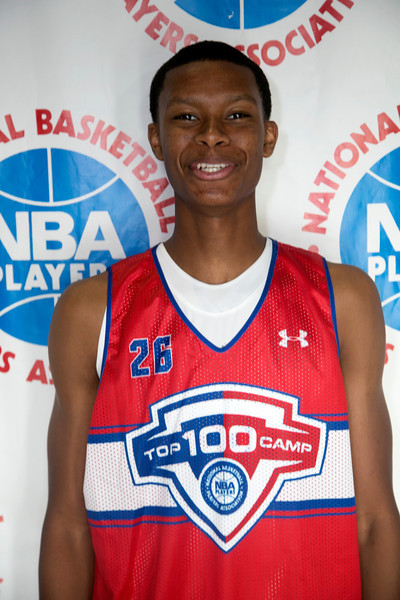 CHARLOTTESVILLE, Va. — Class of 2015 five-star guard Perry Dozier will have plenty of help from his family as he works through the recruiting process.

Dozier, who plays for his father at Springs Valley in Columbia, South Carolina, is rated the No. 22 prospect nationally in his class by ESPN.com and is already hearing from several high major schools.

He was one of the select underclassmen invited to the National Basketball Players Association (NBPA) Top 100 Camp last week at the University of Virginia.

The Indiana contact has come primarily from assistant coach and recruiting coordinator Kenny Johnson, who Dozier said doesn’t have to tell him much about what’s going on in Bloomington.

“They don’t really have to tell me too much because I’ve been following them for the past three years since they’ve been on the uprise,” he said. “They feel I’d really fit in well with their program. They’ve just told me what I can do for them, coming in and being a combo guard.”

“I like trying to form my game around Paul George (of the Indiana Pacers). That’s definitely been a player that people have been sleeping on in the past years. I like his game and would like to form my game after his.”

The development of Victor Oladipo from a three-star athlete into a lottery pick and the teamwork IU exhibited this past season in winning the Big Ten title are two things that have caught the eye of the young guard.

“It’s great, that tells it all about how they develop their players and try to get them to the next level, which is definitely something that I would look into,” he said. “That’s definitely one of the best basketball teams as a unit that I’ve seen play in a long time.”