Burke, not Oladipo, named Big Ten Player of the Year 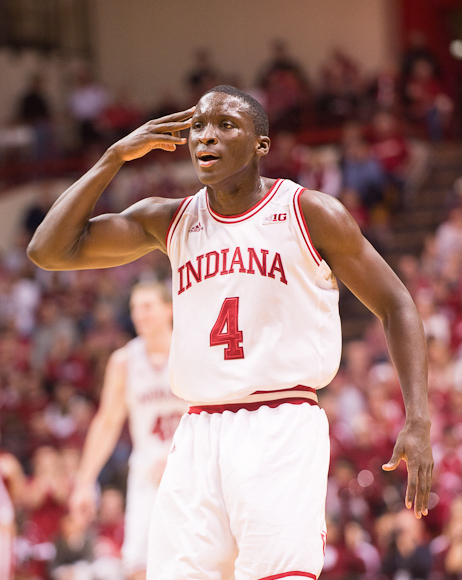 The Big Ten Conference released the annual All-Big Ten teams this evening live on the Big Ten Network and several Indiana players were among the honorees.

Wisconsin’s Bo Ryan was named the league’s coach of the year by both the coaches and media. 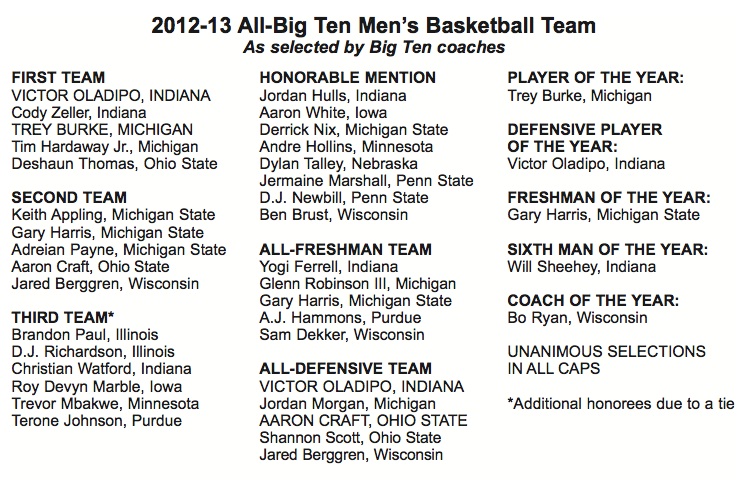 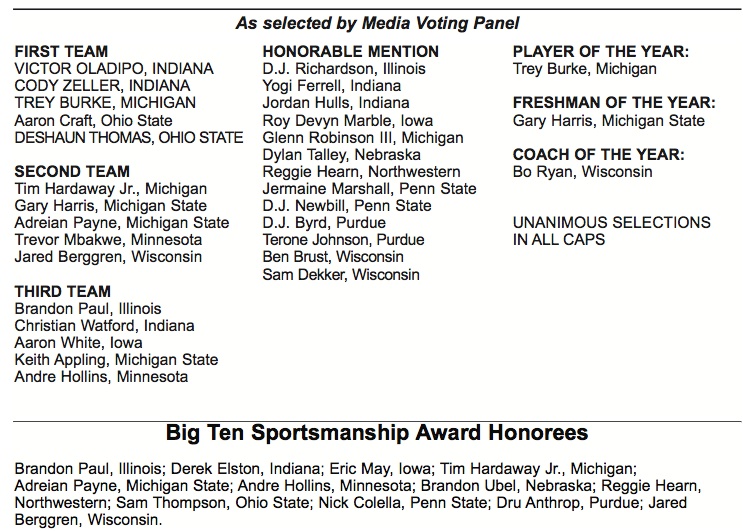