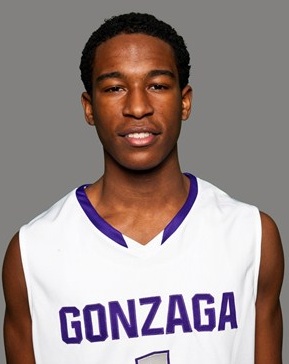 With a week between games, the Indiana staff has used the off-time to hit the east coast for several recruiting stops.

The presumptive targets in this game were Bryant Crawford (pictured), a 2015 point guard at Gonzaga Prep and Marcus Derrickson, a 2015 forward at Paul VI Catholic.

Gonzaga Prep produced somewhat of a statement win on the road and did so without Villanova signee Kris Jenkins. Crawford, who has an IU offer and has already visited Bloomington twice, was a major factor.

The sophomore point finished with 17 points and four rebounds. Crawford hit four 3-pointers and made all three of his free throw attempts.

Derrickson, regarded as one of the top sophomores nationally, finished with 11 points and seven rebounds. Paul VI Catholic is the former home of IU signee Stanford Robinson, who transferred to Findlay Prep in Las Vegas for his senior season.

· Tuesday: Crean and Johnson were once again on the east coast, but this time the stop was Wesleyan Christian in High Point, North Carolina to see 2014 wing Theo Pinson, the No. 7 prospect in his class according to ESPN.com.

The Hoosiers have already hosted Pinson for an unofficial visit and he’s got offers from Duke, North Carolina and North Carolina State, among many others.

Richardson, rated the No. 20 prospect in the 2015 class by ESPN.com, played his freshman season at Trenton Catholic.