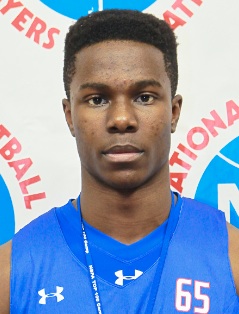 2013 Ottawa, Kansas forward Semi Ojeleye was on campus for an unofficial visit Wednesday and left with a scholarship offer from the Hoosiers.

Ojeleye, the No. 33 player nationally in his class according to ESPN.com, confirmed the offer in a text message to Inside the Hall.

It was a very successful spring for Ojeleye in the Nike Elite Youth Basketball League as he helped lead MoKan Elite to a berth in July’s Peach Jam, one of the premier summer events.

Earlier this month at the NBPA Top 100 Camp in Charlottesville, Va., Ojeleye told Inside the Hall’s Greg Rosenstein that Indiana was one of his top schools.

“They’re a storied program,” he said. “I’ve seen guys come in, and they are just a totally different player from year to year. Obviously they are doing something good. They’ve been struggling a little bit, but every program struggles from time to time. They are going to get me better if I go there.”