Indiana coughed up the ball 22 times against VCU’s “HAVOC” defense on Saturday night. Such a mark was a season high.

We’ll look at two second half Jordan Hulls turnovers and two scoring plays in the closing minutes against the Rams’ D in the latest edition of Film Session.

Hulls has the ball and looks to initiate the offense: 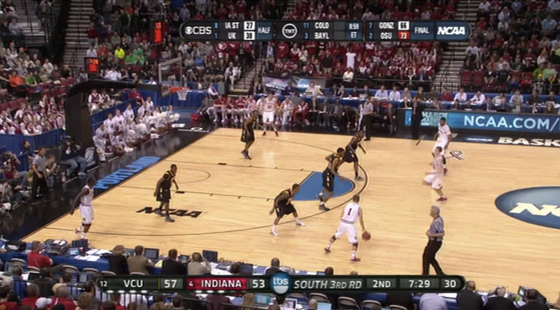 Cody Zeller goes to set a ball screen for Hulls, but he ends up slipping the screen. DJ Haley hedges and begins to trap Hulls: 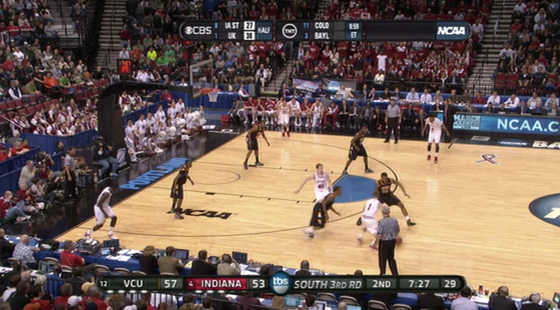 Hulls tries to go around him to the right: 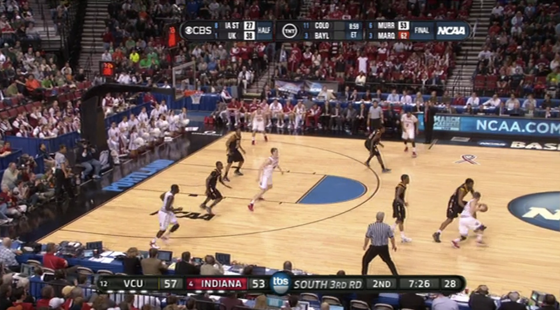 But Haley continues to force him out and Hulls picks up a backcourt violation: 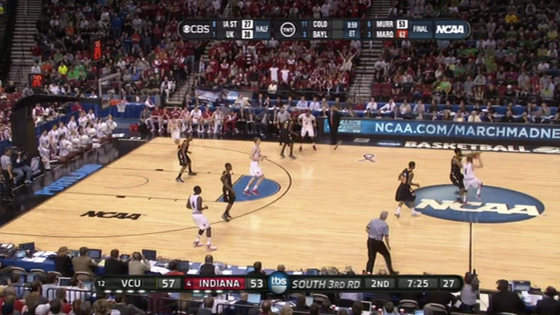 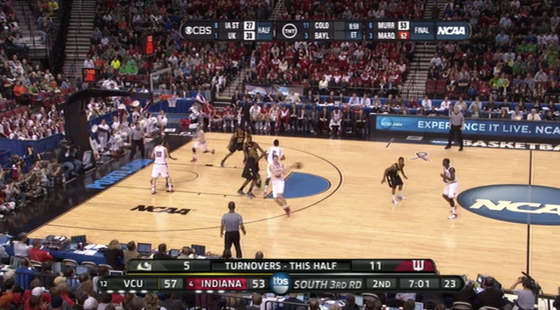 Zeller turns left as Hulls curls up from the baseline: 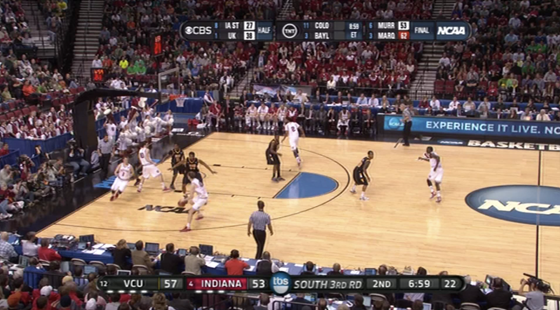 Hulls looks to drive right but is again met by Haley: 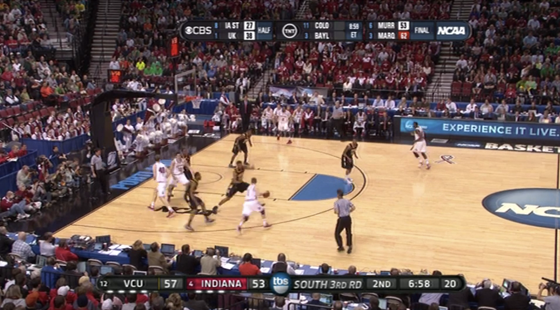 Hulls is again forced further out: 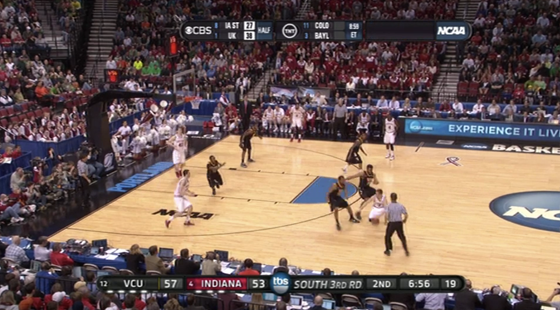 Hulls tries passing to Will Sheehey, but it’s intercepted by Rob Brandenberg for another turnover: 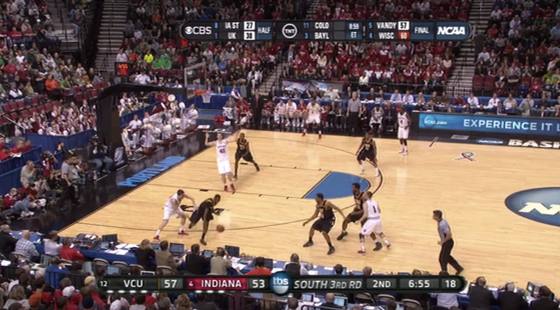 Hulls had trouble with VCU’s halfcourt defense all game, as he tallied five turnovers on the evening.

Here, it’s Oladipo initiating the offense with Indiana down five: 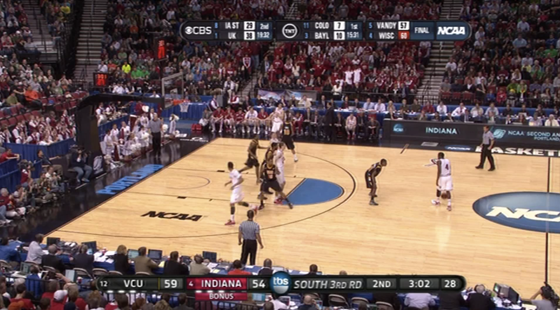 Instead of setting a ball screen for Oladipo, Zeller gets position at the free throw line and receives an entry pass in the high post: 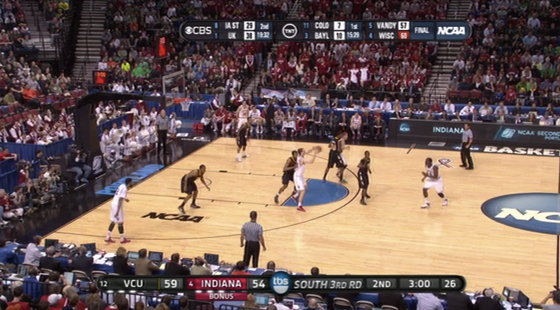 He makes a move right: 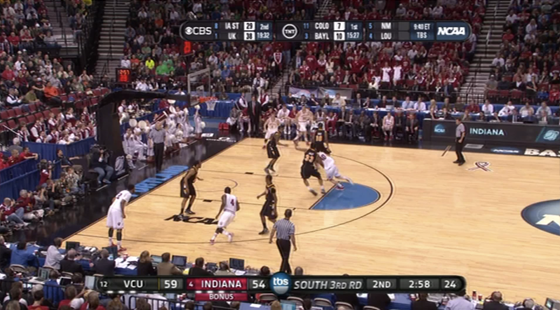 And puts home a tough basket: 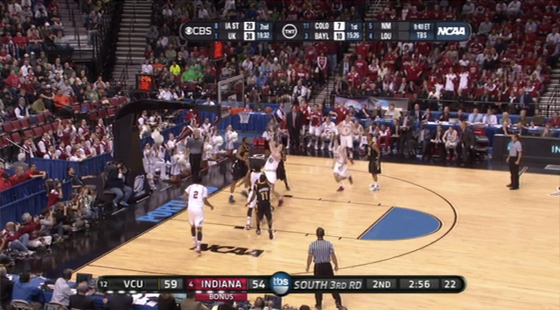 On this possession, Indiana avoided any perimeter trapping and Oladipo was able to get Zeller involved.

Oladipo grabs an offensive rebound and he’s off to the races: 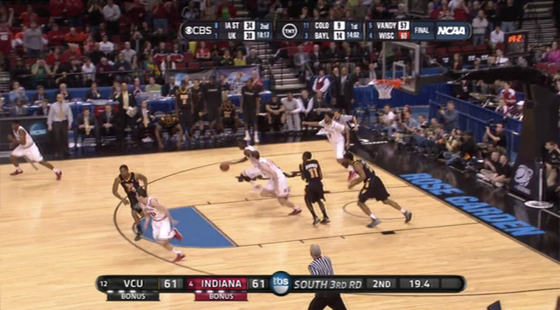 Just before the 3-point line, he switches the ball into his left hand: 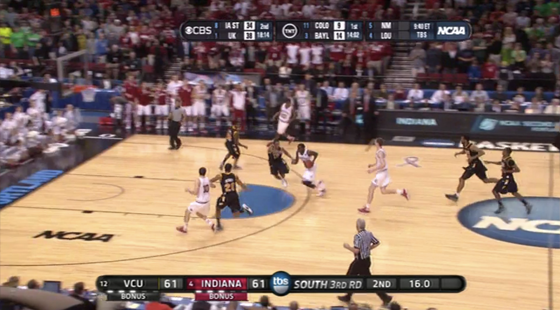 Oladipo is blocked at the rim:

But it goes right to Sheehey, who shoots and scores the game-winning basket: 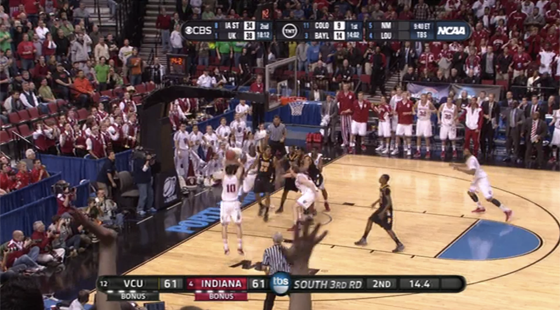 Another way to avoid “HAVOC”? Beat it down the cout before it gets a chance to set up, as Oladipo did here.