In Indiana’s 75-58 win against Penn State in the first round of the Big Ten Tournament on Thursday, Jordan Hulls had 20 points, 13 of which came in the first half.

A look at how he get seven of those first half points by exploiting Matt Glover in the latest edition of Film Session:

Hulls looks to inbounds the ball as Glover yells “I got ball”: 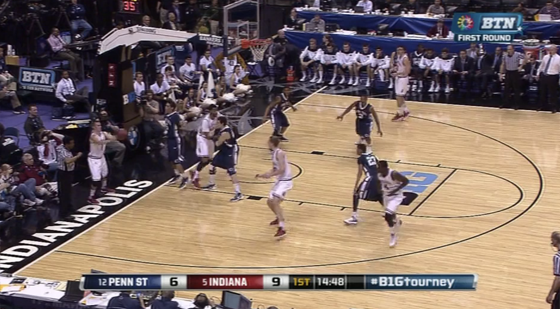 Hulls inbounds to Cody Zeller, who goes unguarded, and begins heading to the left corner. Glover doesn’t follow Hulls and instead has to go cover Zeller: 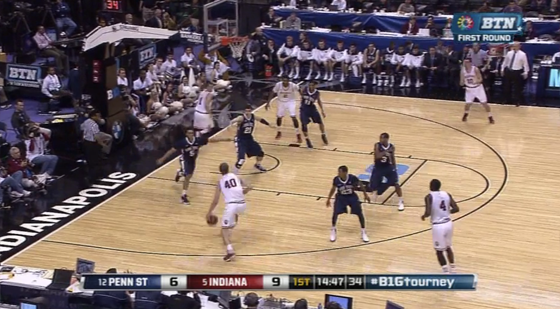 Zeller passes to Will Sheehey on the wing as Penn State’s defense is quite compact down in the paint area: 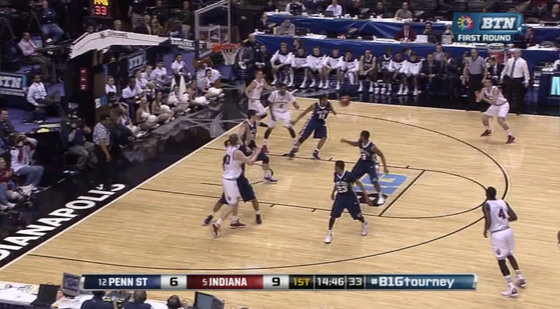 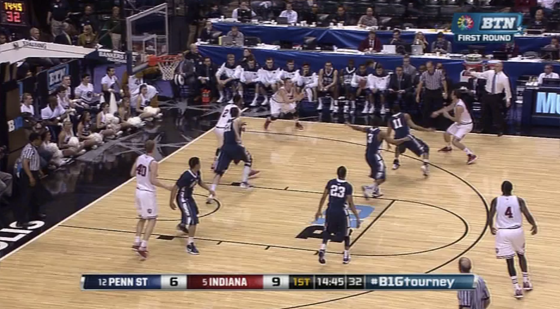 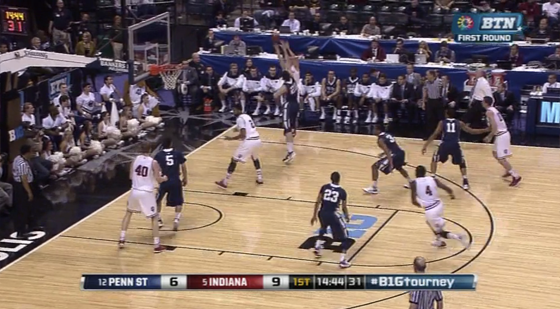 A little confusion and apathy here from Penn State’s D and the Hoosiers made them pay.

Off a Christian Watford rebound, he outlets to Hulls: 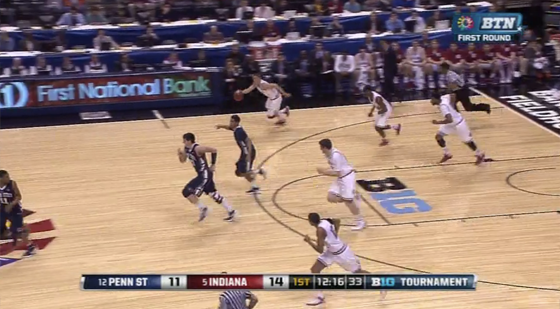 Hulls dribbles with his left hand across the timeline: 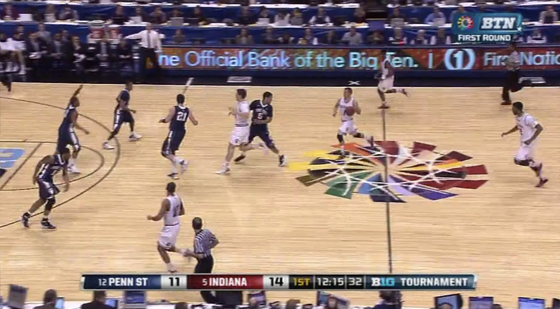 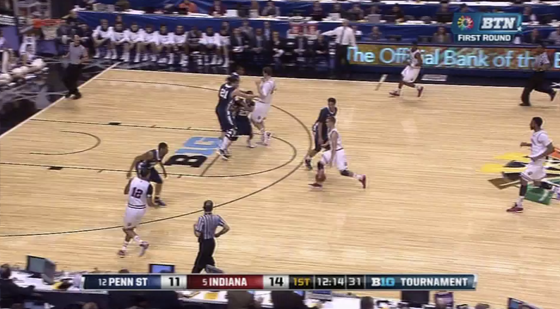 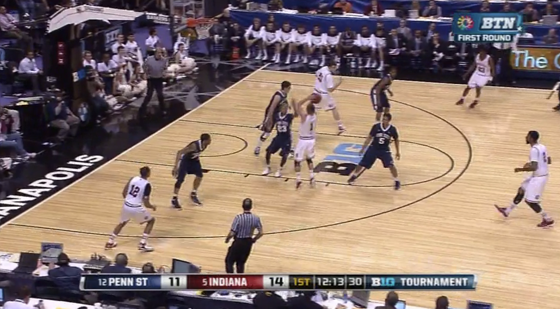 Verdell Jones has the ball on the right wing: 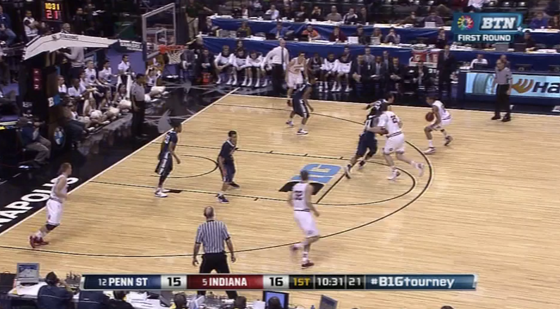 He swings it to Derek Elston, who Glover was playing well off of for whatever reason. (No Zeller to double down on. Tom Pritchard is in.): 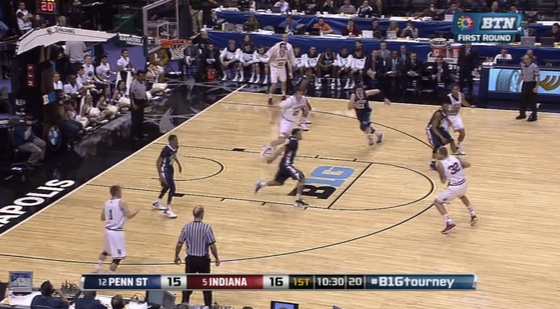 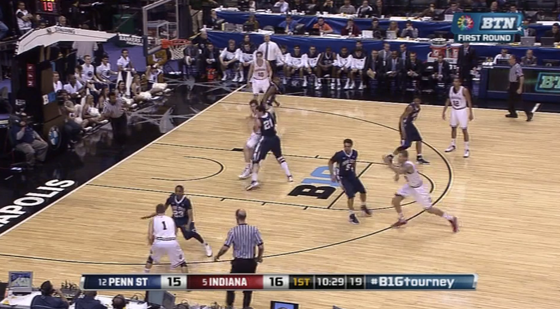 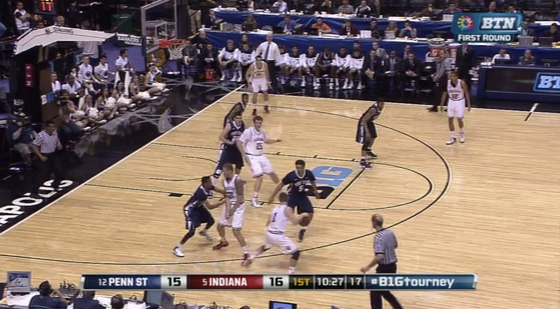 With Glover now switched onto him, Hulls head fakes left and gets him moving: 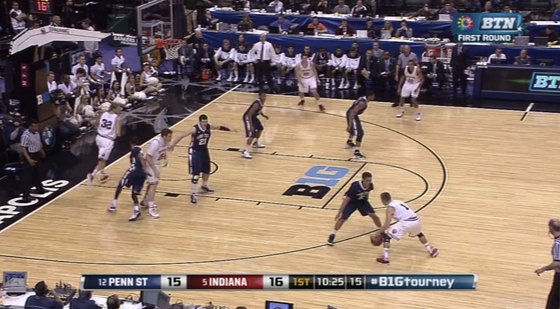 He crosses over right and nails a three: 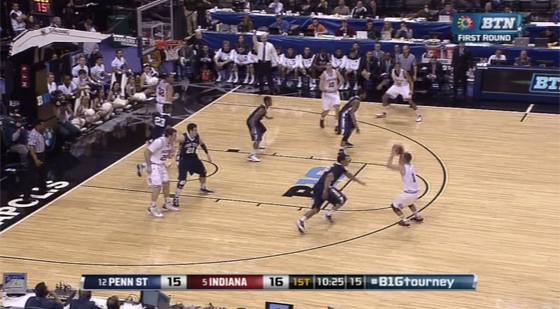 Another miscue from Glover, another bucket for Hulls.