With Verdell Jones out of the lineup, Victor Oladipo assumed more of a ballhandling role and scored a career-high 23 points inside Mackey Area on Saturday evening. And when Oladipo wasn’t scoring, he was making smart decisions and dishing to teammates.

A look at Oladipo’s use of six ball screens in the latest edition of Film Session. 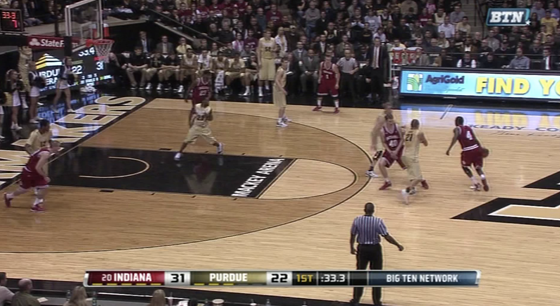 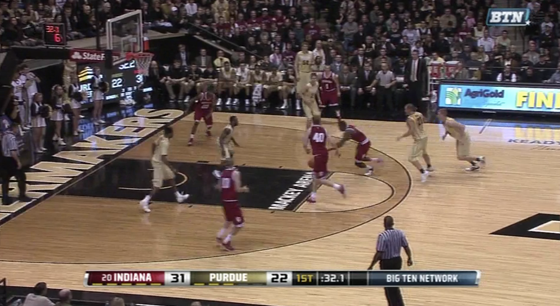 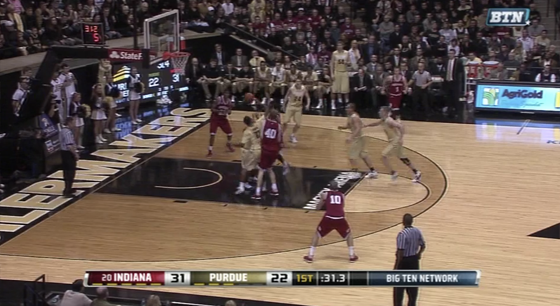 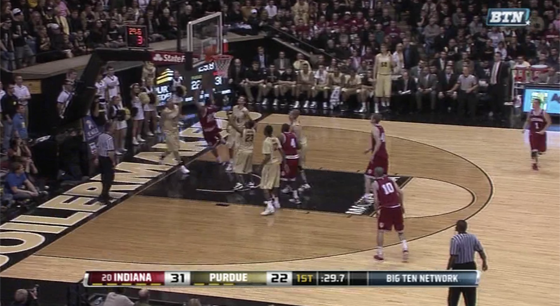 Good help defense by Jackson here, but Oladipo made the right decision and Abell converted. 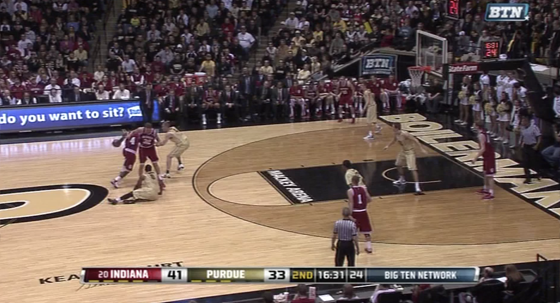 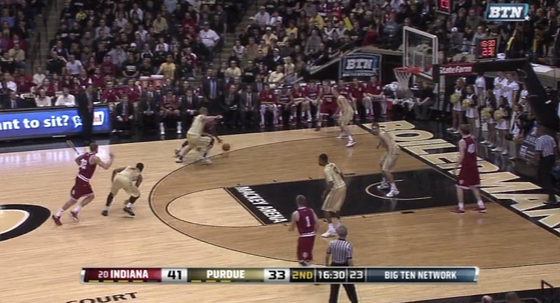 Oladipo gets a step on Hummel: 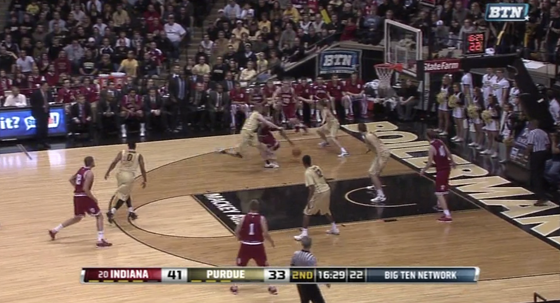 Neither Ryne Smith or Sandi Marcius fully commit to help Hummel, and it’s another two for Oladipo: 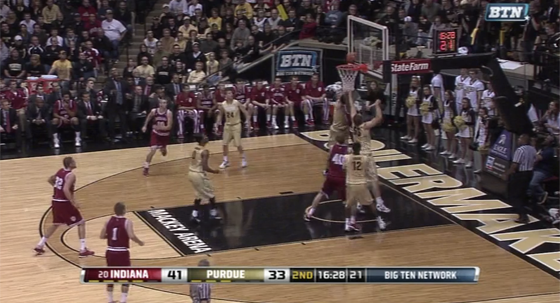 With just 10 to go on the shot clock, Pritchard helps to free Oladipo from Anthony Johnson: 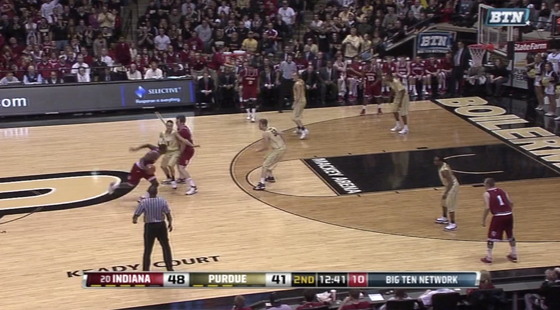 Oladipo gets into the lane and jukes Travis Carroll: 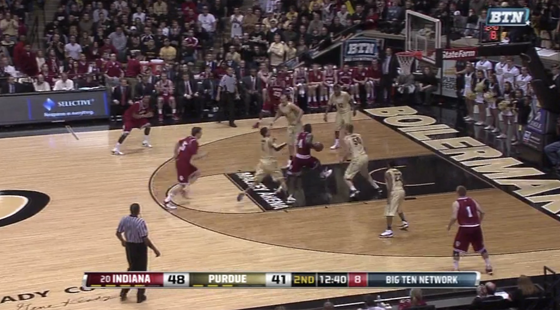 And it’s a sweet two: 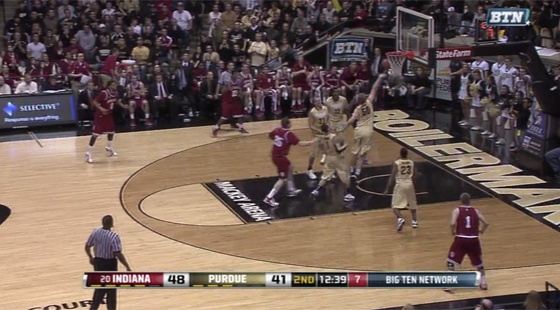 Zeller sets a side ball screen for Oladipo: 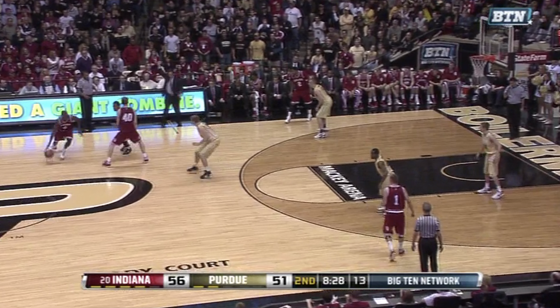 Oladipo isn’t stopped on the perimeter by a hedge and again is given room to operate: 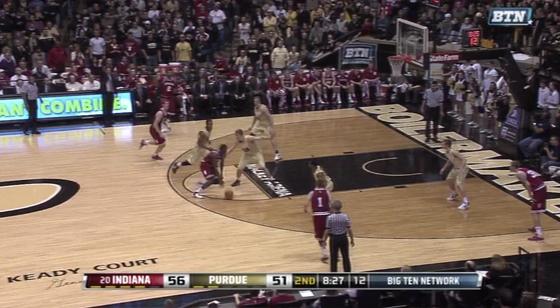 And he blows past Carroll for another layup: 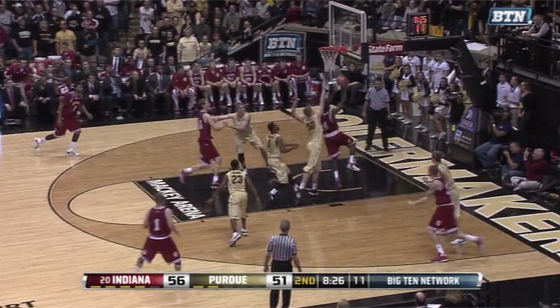 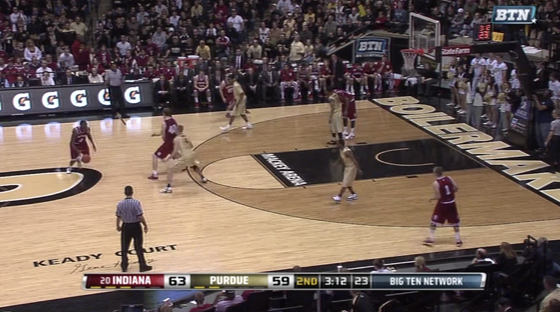 Here, Hummel does a nice job of hedging: 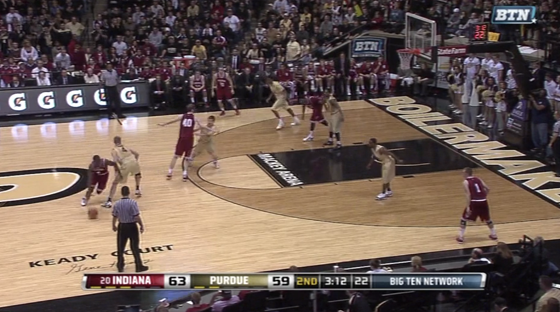 And recovering back to Zeller. Yet, Zeller still has a step on Hummel and Oladipo zips a pass in: 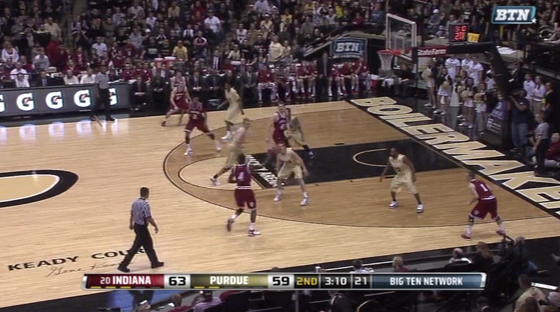 Zeller catches ahead of an outstreched Hummel: 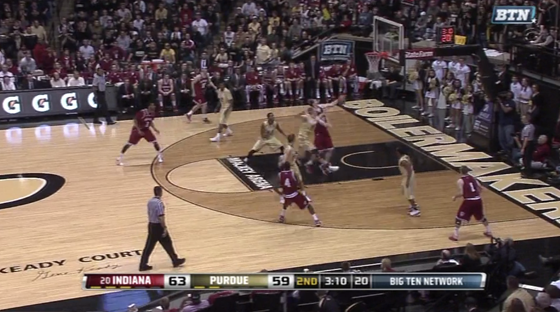 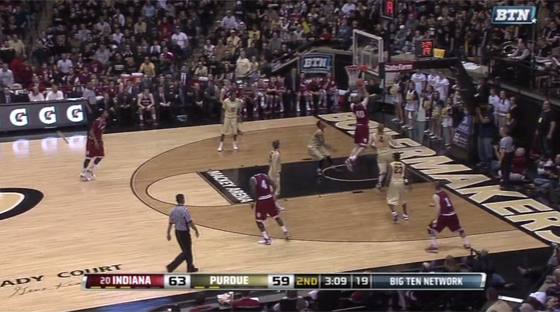 This was a big play. Purdue had cut Indiana’s lead to just four before this score.

Zeller sets a faux ball screen for Oladipo, as he doesn’t draw any contact with Johnson: 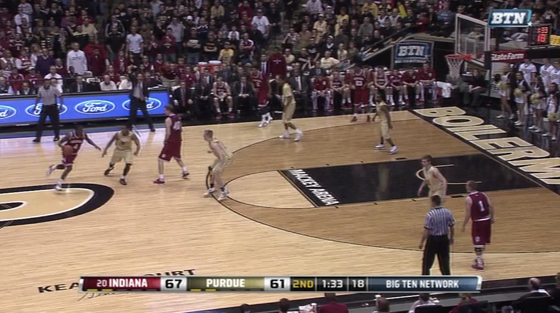 Oladipo is still able to get by Johnson and head towards the cup: 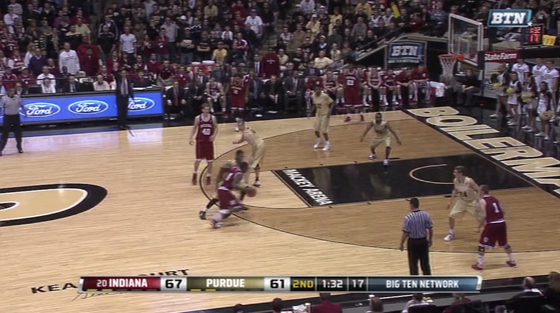 But Jackson comes to meet him just outside the arc: 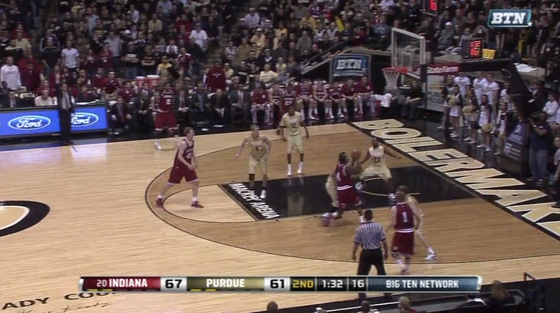 So he kicks it to Christian Watford on the opposite wing: 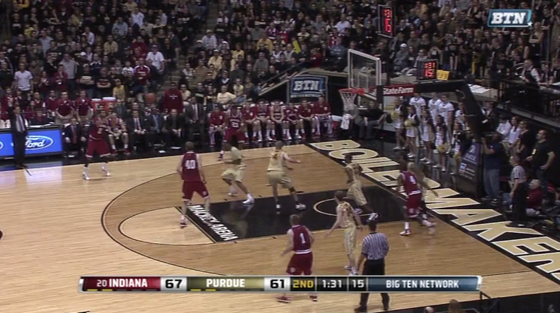 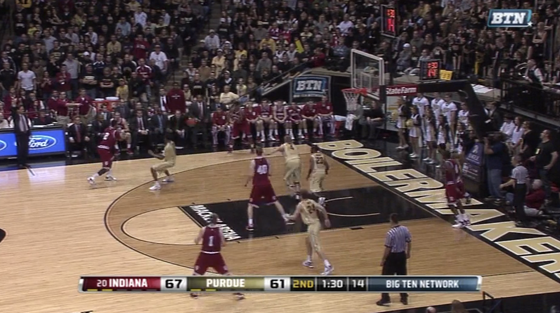 And Remy Abell hits perhaps the biggest shot of his young Indiana career: 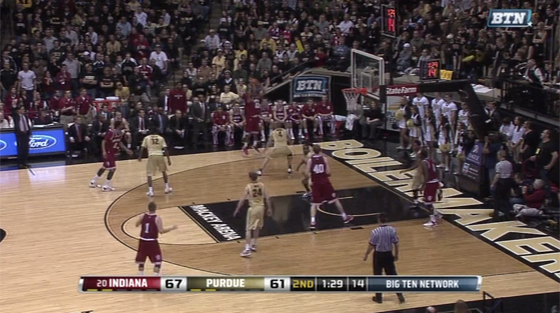 Again, Purdue was in striking distance here late in the game. But Oladipo’s drive allowed an advantage for the Hoosiers, and they executed.