Indiana’s offense came out clicking after halftime in Sunday’s win against the Nittany Lions, and it helped propel them to a comfortable win inside Assembly Hall.

A look at three early plays — all of which featured some interesting sets — in the latest edition of Film Session.

Indiana has the ball to start the half, and Cody Zeller and Christian Watford set a double screen for Verdell Jones: 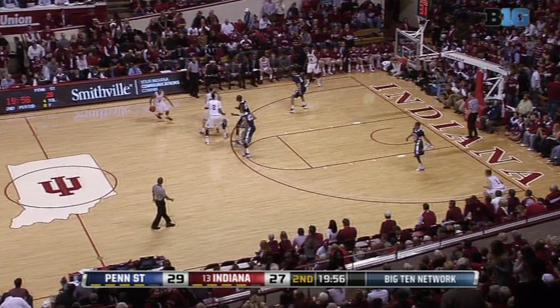 Jones curls around the screens and heads for the paint. Watford flashes out beyond the 3-point line to “The Spot.” Zeller rolls to the rim: 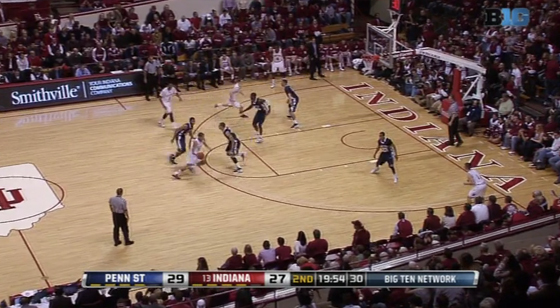 At first, Ross Travis looks to stay in front of Jones (above photo). But he flashes out to mark his man, Watford, which allows Jones a clear lane to the basket: 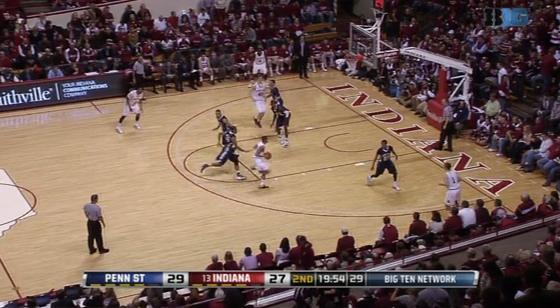 Jones is met by Jon Graham at the rim, which allows for a miss: 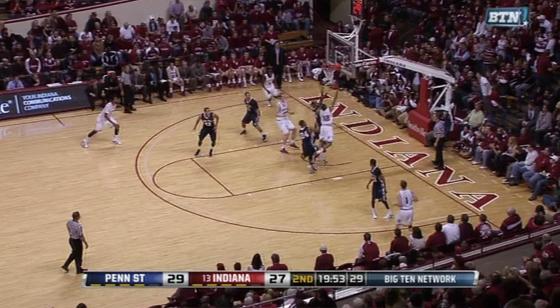 But he left Zeller to try and stop Jones, which allows Zeller to get a putback for two: 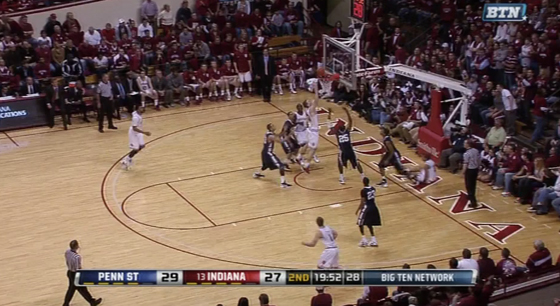 With just a fast break score inbetween, the Hoosiers set up in an identical fashion on their next half court possession. But instead of Watford, it’s Victor Oladipo up top with Zeller: 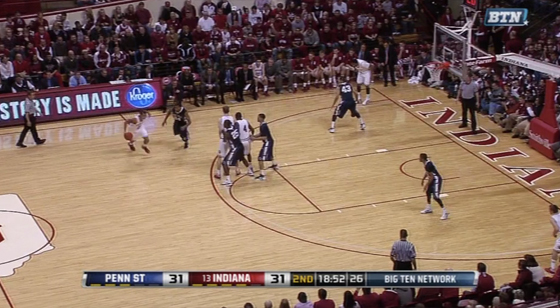 Oladipo flashes out to the same spot as Waford. Zeller rolls to the rim. But this time Jones’ penetration is stopped by a hedge off the screen by Graham: 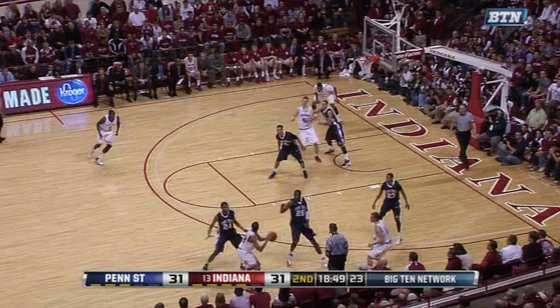 Which leave the other side open for attack. Jones swings it weakside to Oladipo: 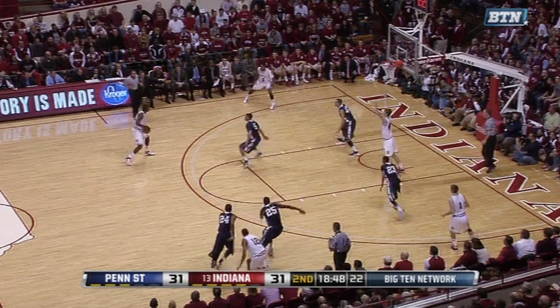 Who finds Watford in the corner. He has the option to dump it down quick to Zeller, who now has a mismatch on Tim Frazier after Travis sprints out to contest the three: 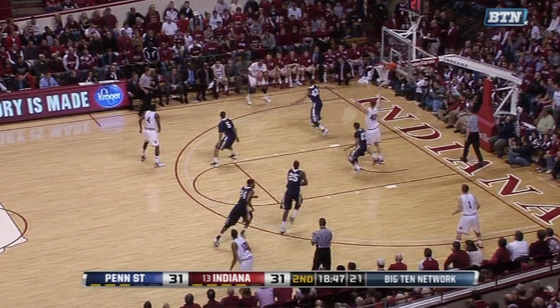 Watford, a strong 3-point shooter, elects to shoot. He connects: 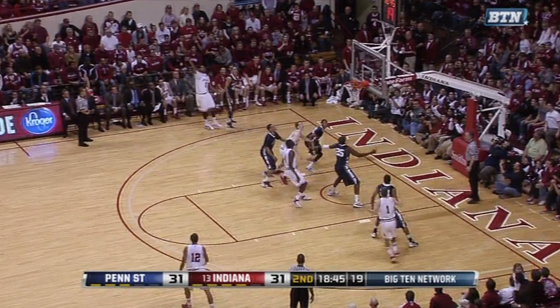 With Indiana going to an identical play here so soon, one wonders if the coaching staff saw something to exploit with such a set at halftime and instructed the Hoosiers to go to it early and often.

NO. 3) CROSS SCREEN AT THE FREE THROW LINE

Indiana gets out quick in transition a few minutes later, but Penn State does a nice job of recovering. So Jones sets the offense: 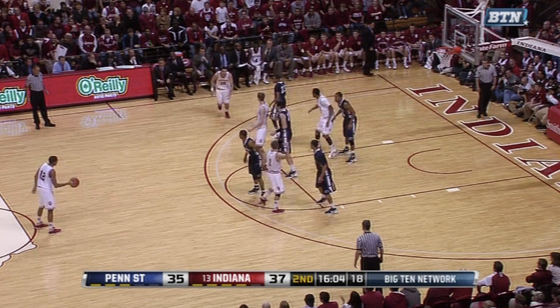 Sheehey comes across from the left wing to the right wing as Zeller sets a cross screen for Jordan Hulls at the free throw line: 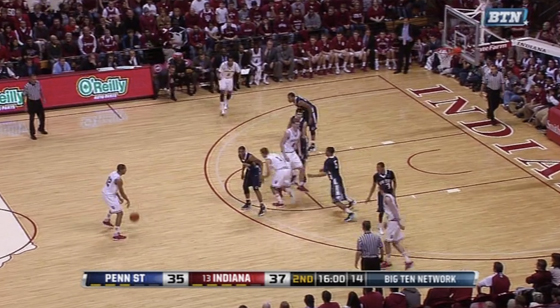 It frees Hulls enough to rise, fire and hit: 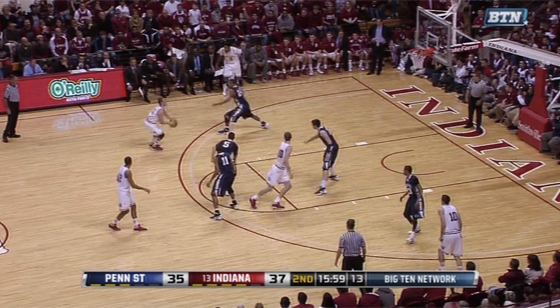 Both the double screens and the cross screen here were effective; they also freed Indiana from that passing-around-the-perimeter-and-maybe-dumping it-into-Zeller offense, which has gone stagnant at times in Big Ten play.