What to Expect: Stetson 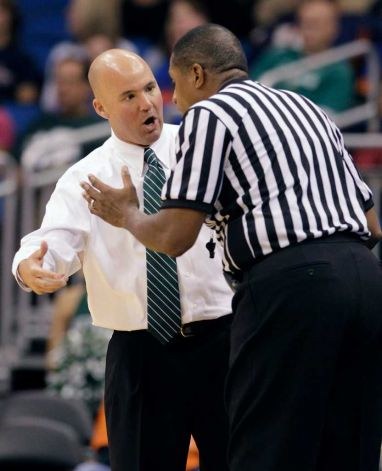 After a stern test in Raleigh, the Hoosiers return to Assembly Hall for a Sunday matinee with the Stetson Hatters out of the Atlantic Sun conference. The game will be shown on BTN.com and broadcast on the IU radio network (Sirius 135/XM 192):

Here’s a look at what to expect from the Hatters, who are 4-3 with losses to Florida State and Florida:

The task to lift Stetson to respectability in the Atlantic Sun won’t be easy for first-year coach Casey Alexander. The former Belmont assistant inherited what appeared to be a solid nucleus of young talent, but that quickly went awry just weeks after accepting the job.

The Hatters top three scorers (a freshman and two sophomores) opted to leave the program, leaving Alexander with a tall task to climb out of the conference cellar.

Stetson will struggle to keep this close as they’re simply outclassed by a constantly improving Indiana team. Three things to keep an eye on: IU’s free throw rate, Stetson’s outside shooting and turnover percentage.

The Hoosiers have been getting to the line at a blistering pace and it’s a point of emphasis by Tom Crean to score 25 percent of IU’s points from the line. For Stetson to have any shot of staying in the game, knocking down 3’s and taking care of the ball are two areas of emphasis.

Alexander talked about pushing the tempo when he accepted the job last April. “We’re going to play as fast as we can play without being reckless,” he said at his introductory press conference.

So far, he’s been true to his words. Stetson’s adjusted tempo according to KenPom.com has been the 29th fastest in the country.