The addition of Cody Zeller and Indiana’s insistence on getting out on the break are setting up to be key components of its offense this season.

A look at two plays involving Zeller and a fast-break score from Victor Oladipo in the season’s first edition of Film Session.

Off the wing, Oladipo dumps it into Zeller. The freshman draws a double team from Stony Brook: 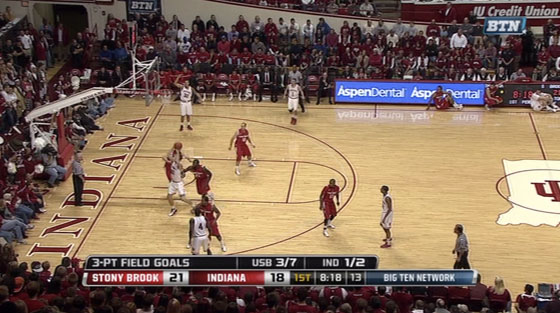 Zeller spots an open Jordan Hulls near the top of the key and passes the ball to him: 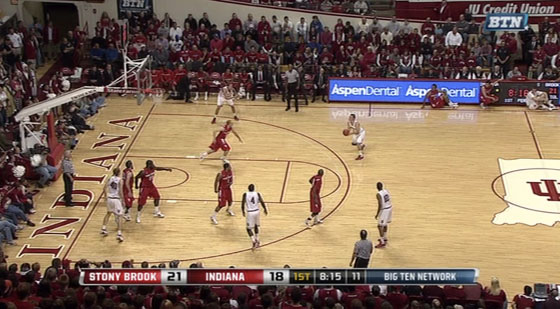 With only one defender on the weakside due to Zeller drawing a double team, Hulls elects to swing it over to Elston, who’s wide open: 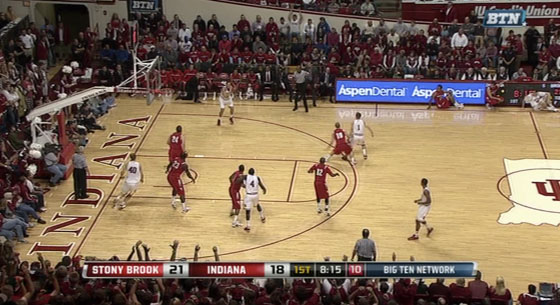 He shoots in rhythm and connects for two points: 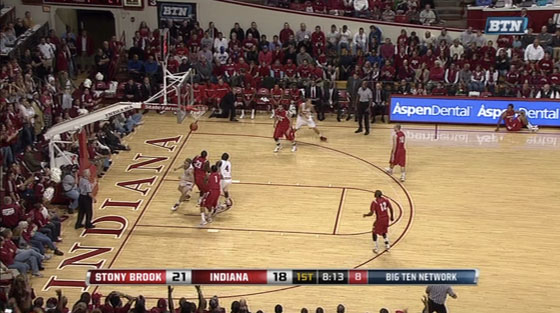 As Quinn Bucker notes on the call, this score happens because of Zeller’s passing awareness out of the double team. 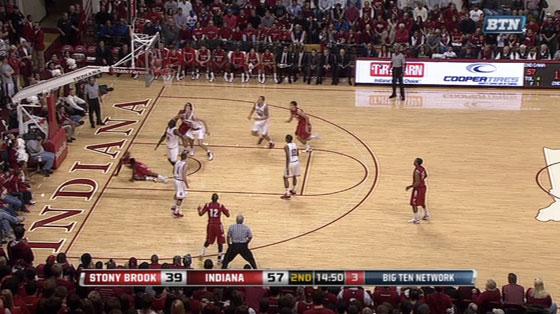 Zeller deflects the rebound to Hulls, who pushes the ball up the court: 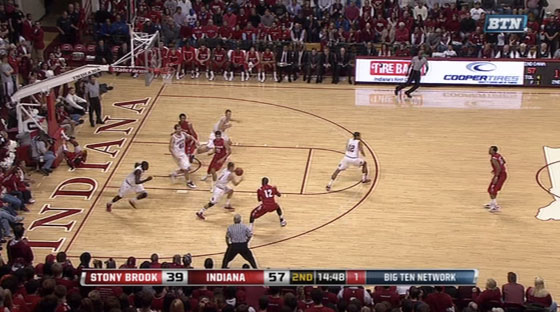 With only one defender in front of him, Hulls has the option of feeding Verdell Jones or Oladipo once across halfcourt. He elects to pass to Oladipo: 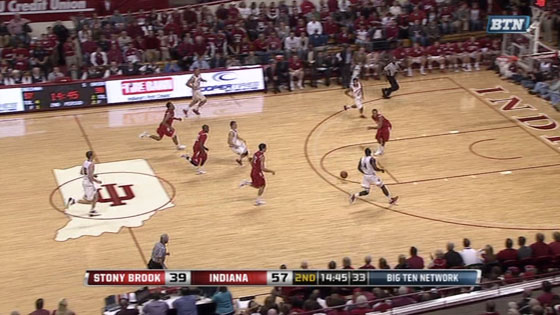 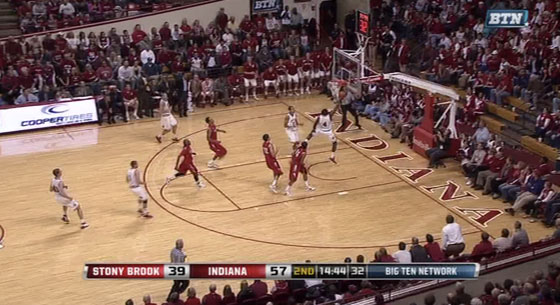 We’ve seen Oladipo on the break time and again in Indiana’s first two bouts of the season. Once he’s out in the open court, he’s hard to stop.

Off a Dallis Joyner make, Zeller gets ahead of him going back down the floor: 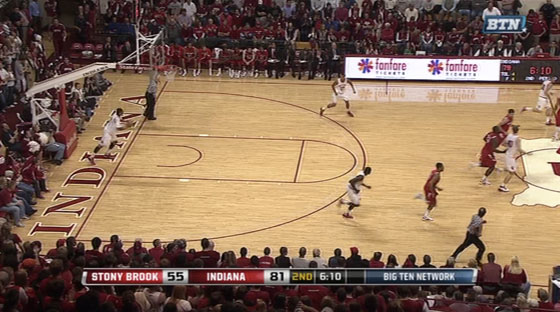 Zeller stays ahead of him and gets position facing the rim: 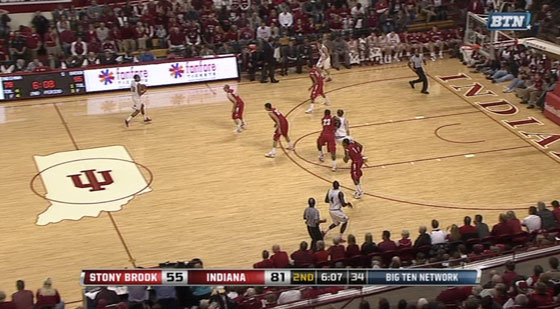 Jones sees this and pops a pass over the top: 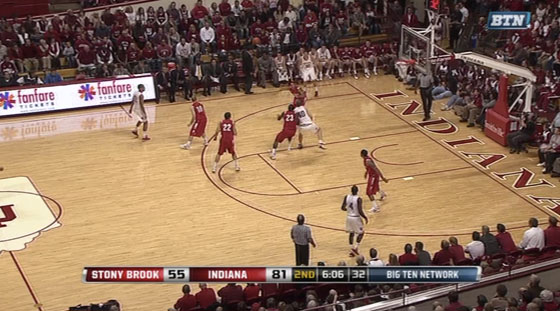 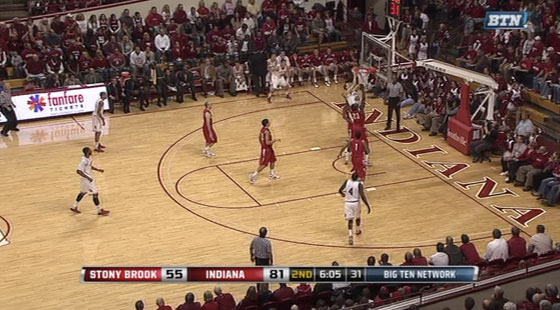 A simple play. But effective. Zeller’s size and ability to get down the court allows for it.