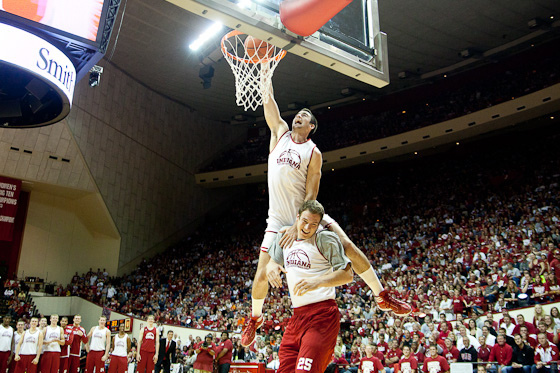 Will Sheehey, Soph., Indiana – Sheehey has no shortage of athletic ability – something Indiana fans know very well from his highlight-reel dunks. The Florida kid provided brief flashes of what he’s capable of doing last season as a freshman, although he was far too inconsistent in every facet of the game to garner serious minutes. That will change this year.
2010-11 stats: 4.8 ppg, 2.1 rpg, 0.4 apg