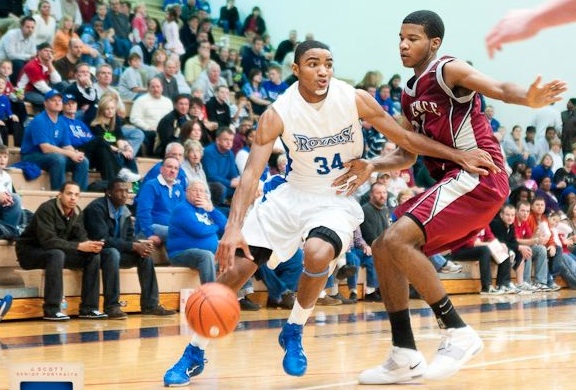 The first of three official visits scheduled for 2012 target Gary Harris takes place this weekend at Purdue. The Boilermakers host Notre Dame in football Saturday night on ESPN which should make for an interesting atmosphere. Harris will spend Friday evening at Noblesville as the Hamilton Southeastern football team looks to move to 6-1.

There’s still been no word on plans for an official visit to Kentucky, but the Wildcats have offered a scholarship according to GoldandBlack.com. After the Purdue visit, Indiana will get Harris next for Hoosier Hysteria on October 15 and then Michigan State will host him on the weekend of November 5. The early signing period begins on Wednesday, November 9.

2013 Detroit Community wing Byron “Bo” Zeigler will be on campus this weekend on an unofficial visit for the Indiana-Penn State football game. Zeigler originally told Inside the Hall he planned to visit Bloomington this past weekend, but Zach Osterman of Inside Indiana first reported the change in plans for Zeigler.

Both Lyles and James Blackmon Jr. are expected to take part in the John Lucas Midwest Invitational at Hoops in Louisville on October 8 and 9 according to Jody Demling of The Louisville Courier-Journal. A more complete list of prospects expected to participate should be available in the coming weeks, but no Kentucky kids will be in attendance thanks to the Kentucky High School Athletic Association.

New schools in the mix with Lyle

The Hoops Window reported Wednesday that Kansas and Memphis have entered the race for 2014 Evansville Bosse guard Jaquan Lyle. The 6-foot-4 sophomore has offers from Indiana, Illinois, Purdue and Xavier. He’s expected to take an unofficial visit to West Lafayette this weekend.