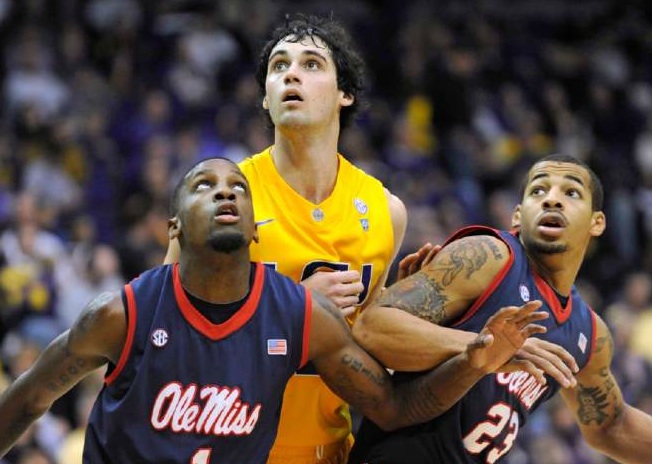 The recruitment process is coming to a close for Garrett Green, who announced he would leave Louisiana State to play his final season elsewhere on July 18.

In the 16 days since that announcement it’s been a whirlwind for Green, who is now on his fourth visit in a little over two weeks. The 6-foot-11 center, who averaged 6.3 points and 5.1 rebounds in 18 minutes per game last year at LSU, confirmed this morning via Twitter that his current trip to Wichita State will be his final visit.

According to his recruiting profile on ESPN.com, Green originally considered Wyoming back in 2006, where current IU assistant Steve McClain served as head coach from 1998 through 2007. Green’s high school coach, Derrick Taylor, told Dustin Dopirak of The Herald-Times that he knows McClain well.

Long Beach State could be the better bet of the two California programs to play in the NCAA Tournament next season as they return four of five starters from a team that won the Big West Conference regular season title. San Diego State, meanwhile, will have to replace Kawhi Leonard, the No. 15 pick in the 2011 NBA Draft, and three other starters.

At Indiana, Green has the potential to supplant Tom Pritchard as the starting center on a Hoosiers team that is expected to take a large step forward in the Big Ten with the addition of McDonald’s All-American Cody Zeller.

He acknowledged being impressed with his visit to Bloomington shortly after completing his trip: “It’s amazing. I was watching a couple of the highlight reels of games and the atmosphere, the fans that are there, it’s amazing.”

Green is expected to announce a decision on Friday, which is also the date he graduates from LSU.