A look at Indiana’s last three sequences in the waning seconds of the loss in the latest edition of Film Session.

NO. 1) NOTHING DOING FOR HULLS 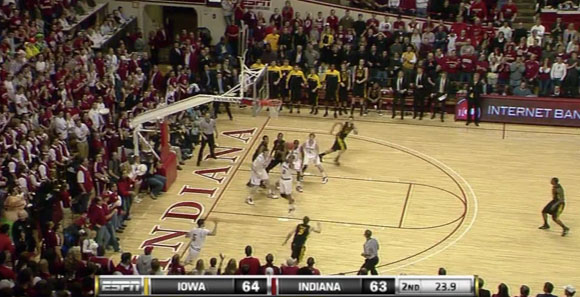 He pushes it up the court and passes to Jordan Hulls running up the left wing: 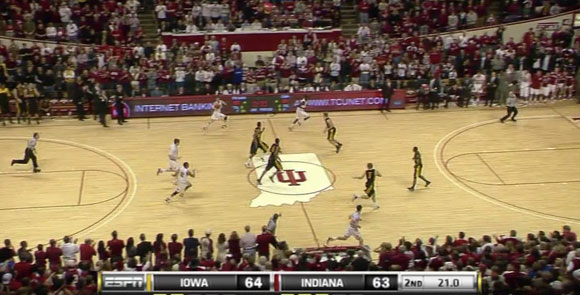 Tom Pritchard sets a pick for Hulls, who tries to make a move on Jerryd Cole on a switch: 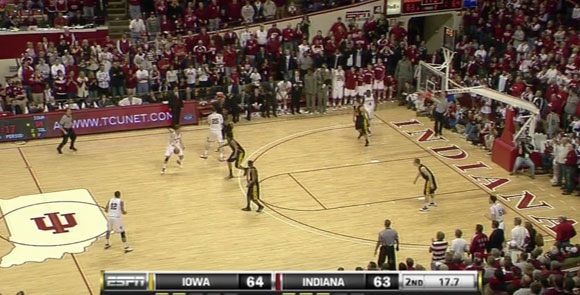 With nothing doing, Hulls passes it back out to Jones, and Tom Crean signals for a timeout to set up a play: 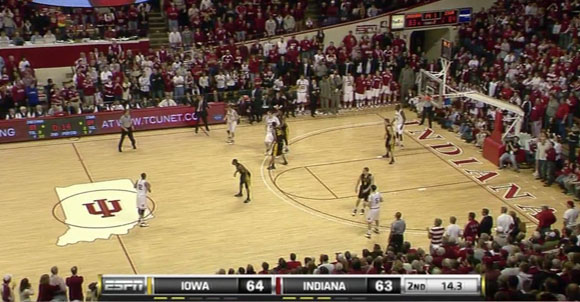 NO. 2) WRONG PLACE AT THE WRONG TIME 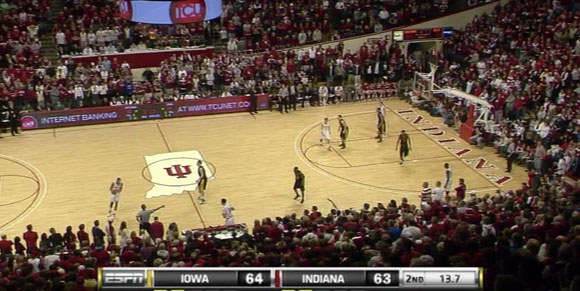 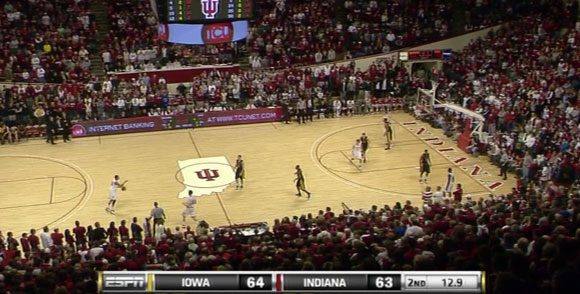 Jones dribbles up over half court, and then passes to Rivers: 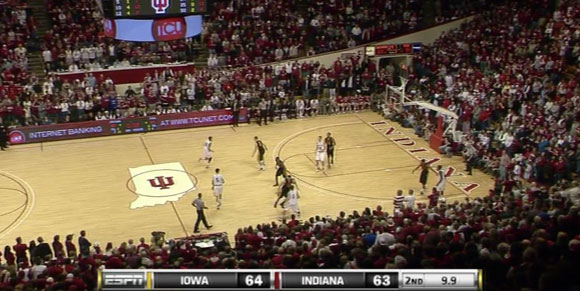 Hulls passes back to Rivers as an unhappy Crean signals for a timeout. Looks like he was upset with a Jones mis-execution — one that seems to have involved Will Sheehey. It’s possible Jones was supposed to set a screen for Sheehey, or vice versa: 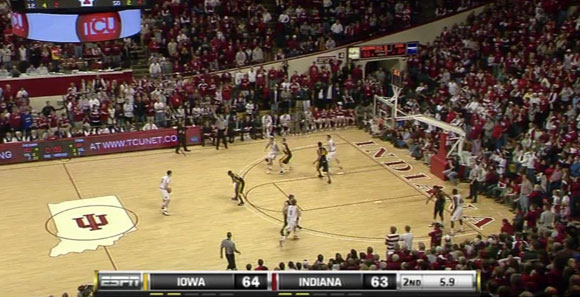 NO. 3) LAST CHANCE FOR VICTORY:

Out of the second timeout, Rivers inbounds to Jones, who’s cut towards him from the corner: 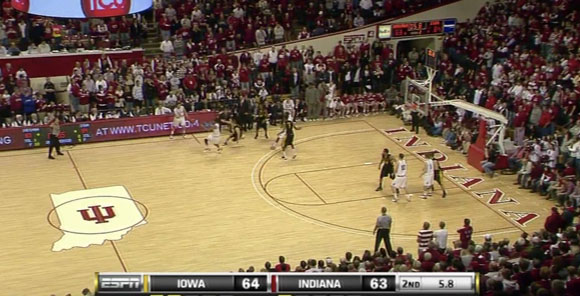 Jones makes a move towards his mid-range comfort zone: 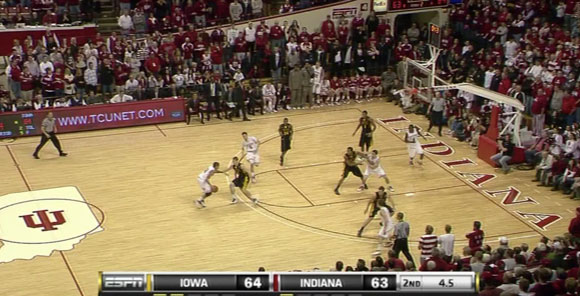 Here’s Crean after the game, describing this setup “If (Hulls) was open, then he was going to get it, but we knew they were going to cover him. Ball side there were three pretty good options and Will didn’t really get into the post up, but we really don’t post up well that much. We were doing it at the end there. Jordan popping out off a screen from Will, Will going into the post and Verdell coming off the ball screen with Victor sliding in behind it so that we had backside coverage on a shot whether it was a post up with Will, whether it was a shot from Jordan, or a shot from Verdell:” 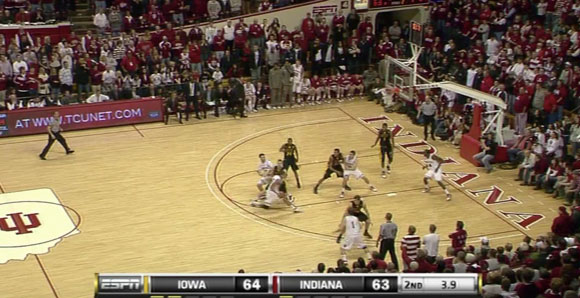 Jones decides against using the pick from Rivers, and gets off a good look: 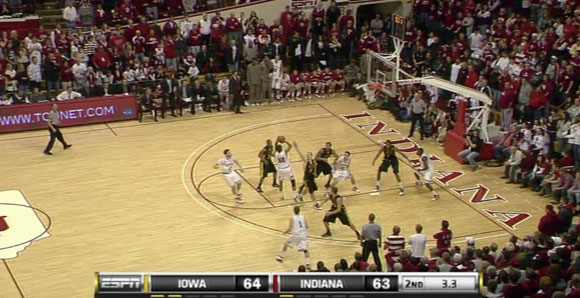 Victor Oladipo displays his athleticism by getting a hand on the ball for a tip-in: 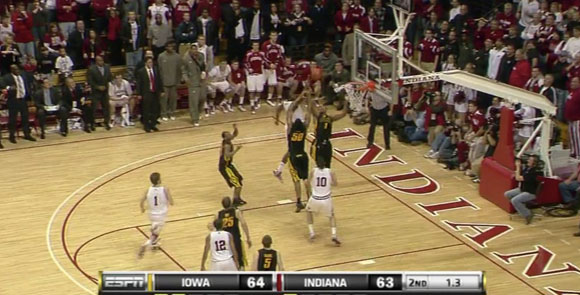 Oladipo’s tip-in hits the right side of the rim and hangs, and Sheehey just mistimes his jump for a second tip-in … and that was the ballgame: 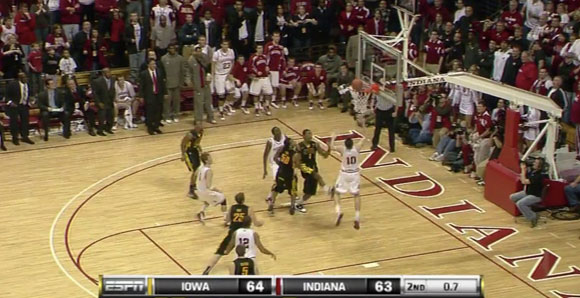