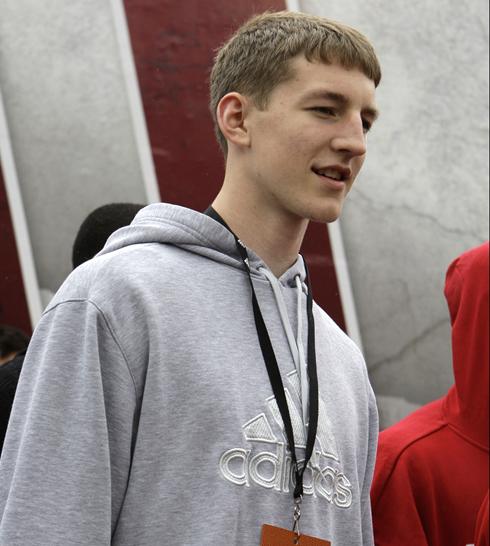 Throughout the season, Inside the Hall will keep you posted on how 2011 signees Austin Etherington and Cody Zeller, IU’s seven verbal commitments and other notable prospects with interest in the Hoosiers, are performing at their respective schools.

+ Peter Jurkin (United Faith Christian Academy, NC): Nine points in a 77-74 loss at Flora McDonald on Nov. 29. UFCA also played on Dec. 3 (Upper Room) and December 4 (Word of God), but results were not yet posted on the school’s website. Through the first four games, Jurkin was averaging 5.8 ppg.

+ Mitch McGary (Brewster Academy): Ten points in a 83-67 win over the Robinson School on Dec. 3. Brewster also played on Dec. 1, a 100-57 win at the Holderness School, but no individual stats for McGary were reported on the school’s website.

+ Basil Smotherman (Heritage Christian): Off until Dec. 7 at Columbus East.

+ Darryl Baker (Jeffersonville): Game at Louisville Male on Dec. 4 was postponed due to Male’s participation in the Kentucky state football finals. Baker and the Red Devils will play their first Hoosier Hills Conference game on Dec. 10 at home against Seymour.

+ Jaquan Lyle (Evansville Bosse): Off until a Dec. 10 home game against Princeton.