Indiana near the top of the list for B.J. Young 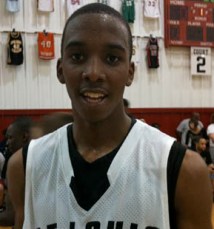 At both events, he noticed faces in the crowd representing the Indiana program.

“It’s been going good,” Young said of his time on the summer AAU circuit. “I’ve been seeing Indiana at a lot of my games. My team’s been playing good, we haven’t gotten a championship yet, but we got pretty close.”

It’s no secret that Indiana’s interest in Young has been on the rise since the Elite Camp in early June. And Tom Crean and assistant coach Steve McClain have made it a point to follow him closely this summer.

That approach seems to be paying off as Young is listing the Hoosiers near the top of his list.

“Indiana, I really love them a lot,” he told Inside the Hall on Thursday evening. “I like Coach Tom Crean and Coach McClain a lot. They’re probably one of the top schools I would like to go to.”

Young said Marquette, Baylor, Southern Illinois and Illinois State are also recruiting him hard and added that a perennial Big East power is the latest school to show interest.

“I think Connecticut called my Dad the other night,” he said. “That’s been the latest school to contact.”

AAU teams and college coaches will take a five-day break and then get back to action next Wednesday for the second 10-day evaluation period. And many eyes figure to be on Young, who increased his stock on the national scene with his play at the NBA Top 100 Camp.

“I can get to the cup and create my own shot very, very well,” he said of his game. “I can shoot the 3 coming off the screen and roll or get into the lane and create for others.”