Pay to play? I don’t think so 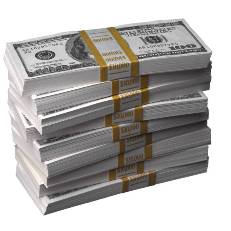 First, a preface: I’m no fan of the current rules that prevent athletes, specifically in college basketball and college football, from entering the professional league of their choice at the conclusion of high school.

It’s probably a good rule in college football because only a handful (if that) of players would even be able to make the jump. But in the case of the NBA, it’s a terrible rule unless your name is Korleone Young.

But the column from Bob Kravitz in this morning’s Indianapolis Star suggesting college athletes should be able to choose between a scholarship and $25,000/year was a bit off the wall for my liking. Let’s go to the text:

When athletes arrive at a Division I school, give them a choice: They can get a full-ride scholarship, with all the perks that involves, or offer them a salary of, say, $25,000 per year to work on their NBA, NFL or NHL degree.

That is, let them compete for the school, use the college as a paid minor league and do so as true mercenaries, with no requirement they go to class.

Why is it so bloody important that we maintain this student-athlete hypocrisy when it’s clear that some athletes have absolutely no interest in, or aptitude for, a college education?

The problem with this whole argument is that Indiana University or any other institution, is not a paid minor league system. Nor should it be. It’s a university. Which means, in theory, it’s supposed to be a haven for learning and getting an education, no?

Sure, there are athletes all over the country that go to school without the intention of ever receiving a diploma. I’m not blind to that. But that’s no fault of the school or the athlete. It’s the fault of the system. Both the NBA and NFL refuse to create a legitimate minor league system. So by default, these kids are forced into attending college when in reality they should be able to choose their next step after high school. The ball is in the court of the NBA and NFL to step up, but it shouldn’t be on schools to start forking over paychecks.

My guess is that this will generate strong opinion one way or the other, so let’s hear it in the comments.