Dominique Keller: Not a fan of IU 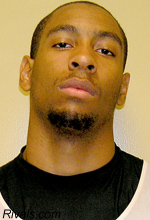 In the 14 months I’ve lived in my apartment, I’ve gotten in about three fights with my roommate. These fights have not stemmed from taking out the trash, or rent, or leaving too many dishes in the sink: They’ve all been sports related. He’s an Illinois fan. I’m an Indiana fan. He’s a Cubs fan. I’m a White Sox fan. That should just about do all the explaining for you.

This year, during both IU-Illinois matchups, there was no bickering. He realizes IU is in a down year. Before the first game, he even made some off-handed remark about it “not even being a rivalry this year.”

And besides Bruce Weber’s comments before the year about how Indiana was going to be real bad and to “not print that on the Internet,” everything in Illini Nation seems a bit more calm than last year. Bruce has been cordial in both meetings. Chester Frazier, he of Eric Gordon pregame pushing fame, was nice in his postgame comments Sunday. I think it’s a combination of Kelvin Sampson being gone (he was the hated villain in all this, really), Gordon going pro, IU not being very good this year and Illinois fans having respect for Tom Crean and his choice to clean house and do things the right way.

This is not to say the rivalry does not still exist, or that fans on both side of the fence don’t feel hatred towards one another. But, it is to say, at least for this year, those tempers have died down a bit.

Unless you’re first-year Illinois JUCO transfer from Lee College, Dominique Keller — a guy who wasn’t even on the team last year.

“I’ve only been in this rivalry for one year, and I can tell you right now, I do not like this school,” Keller said. “I don’t like the coach, and I don’t like the fans. As a matter of fact, I don’t like the gym. It’s just something about Indiana I just don’t like. You can quote me on that.”

You have been quoted, Dominique. But dude, what have we done to you?