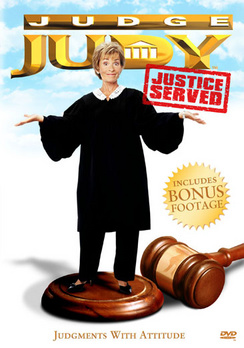 OK: So, Alex sent over this Dan Wetzel column this morning, and then we got it e-mailed in, and you’ve all been talking about it in the comments. This one needs its own post. When I finally got to reading it just a bit ago, I was expecting some over-the-top “IU needs to be punished way more” bit that had little –if any –sound reasoning. This is what I garnered from how it was being discussed.

But I don’t know. That’s not what I got out of it. Though Wetzel did sort of skip out on the fact that Kelvin Sampson and Rob Senderoff got completely served with the show cause, and thus some people involved got hit pretty hard — unlike IU, who at the end of the day just got self-imposed sanctions (part of his argument) — it seemed to be more of a rant against the NCAA practices in disciplining large vs. small schools than against IU for not getting harshly penalized enough. He’s just looking for equal treatment. Also: He argues the NCAA using the fact that our program is in disarray for the moment should have nothing to do with how the sanctions played out.

The NCAA just didn’t have to base its satisfaction with IU on an illogical (and inaccurate) standard.

The statement spoke to the NCAA’s history of going easy on powerhouse programs while burying small schools.

Few places have more power than Indiana. Its basketball program is one of the NCAA’s top television draws. Its former campus leader is current NCAA president Myles Brand.

If the NCAA had limited its explanation to praising the school’s efforts and noting its 50-year record of compliance, that would’ve been fine. But it didn’t.

Last thing I want to dig into is this: If you look at our program now, sure this year will be bad. (And Wetzel trying to say we could have very well had a good team this year was bunk. Dude, it’s not hard to see this team isn’t going to win many games this year, no matter what point in the season it is.)

But all and all, we are actually in very good shape. We have Tom Crean. We have a great recruiting class coming in. We have brand new basketball facilities going in. This year will be rough, and next year will be a little rocky too, but we have nowhere to go but up, and it will happen soon.

So, I think that Wetzel’s argument about the state of the program being OK and that everyone that left — besides Armon Bassett — was a Sampson product, is a pretty fair argument too. Sampson got the show clause, and all his guys are gone.

But I’m also an idiot. What do you all think?