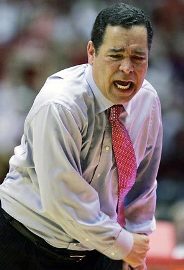 Take a deep breath. And then take a sigh of relief.

After a lengthy investigation, the NCAA Infractions Committee has decided that Indiana’s self-imposed sanctions are sufficient and that no further penalties to the men’s basketball program are warranted.

IU will have a probationary period of three years in which it will need to maintain a clean slate in order to avoid further sanctions.

The story was first reported by Terry Hutchens of The Indianapolis Star and Doug Wilson of the H-T/Hoosier Scoop.

The self-imposed sanctions, announced in October 2007 by Rick Greenspan and Grace Calhoun, included the following:

Under a show cause penalty, a school must show cause for hiring a coach to avoid being sanctioned. Since Senderoff is currently an assistant at Kent State, it’s unclear what his future will be as a member of their coaching staff after this ruling.