Kelvin Sampson would like you to know he’s innocent 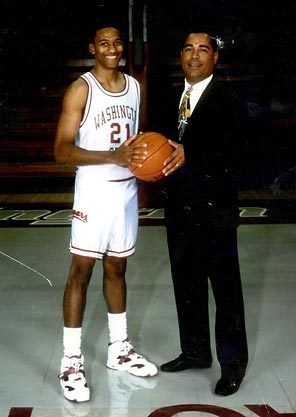 The NCAA finally let IU respond back to its allegations. And well, the university didn’t agree with that whole “failure to monitor” bit. IU says Kelvin Sampson held back on just when, where and how he was going about his phone calls.

“In no way did I ever hide or withhold information from Indiana University’s compliance department,” Sampson, now an assistant coach with the NBA’s Milwaukee Bucks, said in a statement released by his agent.

“I vehemently deny the inference that I made and concealed impermissible calls. The NCAA has never alleged that I initiated any illegal phone calls to recruits while serving as the head coach at Indiana. I always provided Indiana with everything they requested, including all documents and phone records.”

Oh, what a nice little game of he said, she said we have going on here, huh? Ugh. Alex has already said this, but can we get this nice sordid mess behind us already? At this point, I really don’t care who is right and who is wrong. I just want it done and over and whatever penalties are laid upon us to be laid upon us. Let’s move onwards and upwards.