D.J.’s stock is on the rise 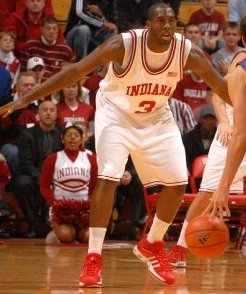 In an effort to keep up with higher payroll costs directly associated with PostmanR’s presence, the World Wide Leader is offering a free trial of Insider in hopes that you’ll like it and then shell out $39.95 for an annual subscription. Pay for something on the Internet? Ridiculous!

Anyhow, Chad Ford had this to say about our boy D.J. and his draft stock:

It was surprising that White skipped the Orlando predraft camp, but it appears that move isn’t hurting him. He has worked out for the Nets, Magic and Wizards and has more than held his own against some of the more heralded big men prospects in the draft — Darrell Arthur and Marreese Speights.

He measures well at 6-foot-9 in shoes with a 7-foot-2 wingspan, and he’s tested very well in some of the athletic drills. And while talk of a four-year senior being hot is odd these days, remember that White is still just 21 years old — only a few months older than O.J. Mayo.

Perhaps D.J. to Detroit at 29 was selling him a bit short. Although White could still end up in the early second round, Washington (18), New Jersey (21) and Orlando (22) could all give him a serious look. If he goes that high in a draft this stockpiled with talent, Mr. White will be doing very well for himself. That’s why they tell you to stay in school, kids!