The Morning After: Wisconsin 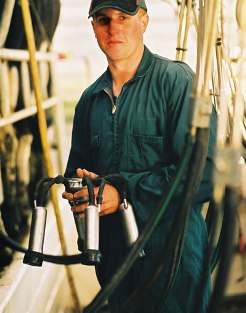 E was good and worked up tonight, so technically, this is the minute after. You get the point.

After UConn essentially dismantled IU last Saturday, there were two overriding points of view. The first was to assume that IU played poorly, met an athletic team that neutralized its strengths, and suffered a weird blip on the schedule that ended up in a loss. If anything, the loss was a positive; surely the Hoosiers would bounce back even more focused, right?

The second point of view was the sinking feeling of despair that maybe, just maybe, the Hoosiers weren’t nearly as good as most of us have given them credit for. That maybe the schedule is that bad; that maybe IU couldn’t stand up when the competition fought back; that maybe the Hoosiers aren’t destined to play late into March like most of us dreamed they would since Eric Gordon put his pen to paper.

Last night, we found out which of these approaches is more accurate. And it definitely isn’t the first.

— First, the injury. For all of the Belichickian skulduggery by IU’s media relations department — and the curious way EJ’s father dodged telling Erin Andrews exactly what the injury was — it’s pretty obvious that the left wrist is in bad shape. A typical bump or bruise doesn’t require a bandage. To think that the bandage will be on for “a few weeks”, but that there’s no swelling or a break or anything wrong, nope, nothing to see here, move along … well, that’s just silly.

And it deeply affects the Hoosiers. All year this team has struggled to play a cohesive offensive scheme. Instead, it’s relied on D.J.’s efficiency in the post, Gordon’s creativity from the perimeter, and fill-in-the-blanks stuff from a constant rotation of bit players (some more effective than others). With Gordon’s left wrist clearly limiting some of the things he can do — like, say, move to his left — IU loses a vital piece in the one-on-one scheme it’s been thriving in against lesser opponents.

— While we’re on the topic, can last night serve as the final indictment that that scheme just doesn’t work? Against lesser talent, yes. It does. Watch Memphis. But for a team like IU, a team that is severely limited athletically, the limited movement on offense just isn’t going to get it done.

I don’t claim to be a basketball scholar. I’m not a schemer. But please, for the love of God, draw up anything. Have Lance Stemler start barking at Erin Andrews, for chrissakes. If I have to see one more possession of ineffective high screens I swear to God I will start researching the death of the Louisville-IU rivalry. That’s how bored I will be.

— I’ll admit, in the process of writing this, that I’m trying to find a way to discuss how disappointing IU was without rambling on for 3,000 words. So I think the best way might just be to make a list. Here are the things Wisconsin is better at than IU, in no particular order:

And there have to be things I’ve forgotten.

— For all the disappointment though, the second-half push was incredibly welcome. It made the game at least interesting again, and made me think that IU cared about winning the game. That was fun.

It also proved that D.J. White is, without a doubt, the soul of this team. As he goes, we go, Eric Gordon or no.

— I mentioned just above that Wisconsin is boring (the team, not the state, though let’s not head down that path), but I mean that in a complimentary way. Whereas IU fans this year it is our sentence to watch a madly inconsistent team, a team that defends as an afterthought, turns the ball over prodigiously, and has one legitimate rebounder … it is the plight of the Wisconsin fan to watch an ethereally consistent, but deathly boring, team.

It’s not just that the swing offense is boring, thought it is. It’s also the fact that the Badgers play at a slow pace, do the exact same thing every time down the court, and have no flash or flair whatsoever. When Brian Butch is your “showiest” player, well, you’re not exactly going to wow anyone aesthetically. Right now, though, I’d take Wisco’s brand of effective ugly over IU’s inconsistency any day.

— Memo to Brent Musberger: Dude. It’s “Eric Gordon,” “EJ,” “Gordon,” or “Eric.” Not, for the love of God, “Young Gordon.” Eric Gordon is not a southern rapper, thus he need not precede his name with some variation of “Young.” Please be advised. Thanks.

— Finally, one more minor, none-too-original, gripe: What does A.J. Ratliff have to do — or, rather, what do his teammates have to not do — for the man to get some consistent minutes. Give him something.

And with that, I’m all vented out. Leave your anger in the comments. Grrr, people. Very grr.