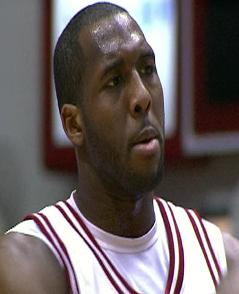 No Jerome Dyson. No Doug Wiggins. No problem for Jim Calhoun and the Connecticut Huskies.

After announcing indefinite suspensions to both players on Friday night, Calhoun’s club dominated No. 7 Indiana on the glass and stunned the Hoosiers 68-63 in Assembly Hall.

The Hoosiers were out-rebounded 44-28 and shot just 37 percent from the field.

Indiana (17-2) opened the game on a 9-0 run on three-pointers by Eric Gordon, Armon Bassett and Jamarcus Ellis and looked like a team on a 13-game winning streak.

Armon Bassett led Indiana with 18 points (six three-pointers) and D.J. White collected a double-double with 13 points and 10 rebounds. Eric Gordon scored 16 points, but shot just 5 of 16 from the field and committed four turnovers.

The Hoosiers will return to action on Thursday night with a Big Ten road game against Wisconsin at 9 p.m.