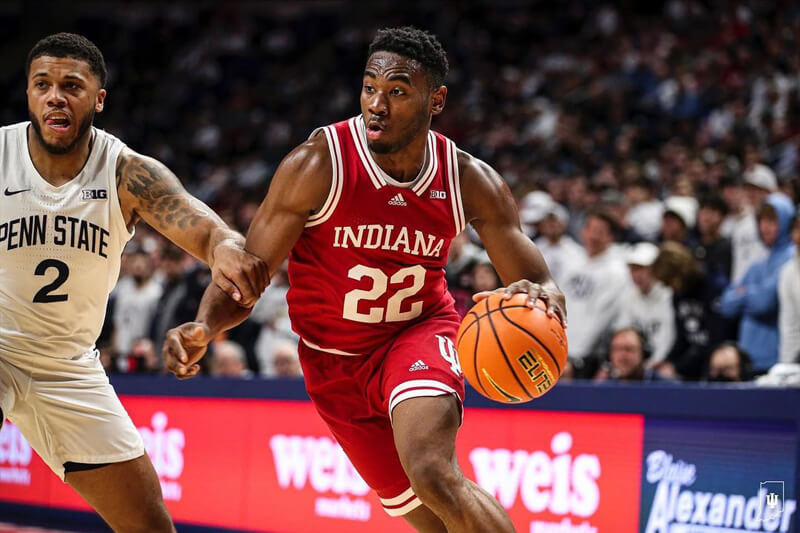 Indiana hung tight with Penn State in the first 11 minutes on Wednesday night at the Bryce Jordan Center. But the Hoosiers lost focus defensively to close the half and the offense also cratered. Indiana trailed 16-15 with 9:15 left in the first half, but the Nittany Lions took control with 3-point shooting. Penn State made nine triples in the opening 20 minutes compared to just one for Indiana. Five of those 3-pointers came in the final 9:15 of the first half. By intermission, Indiana trailed 37-26 and had surrendered 1.13 points per possession. These Penn State numbers were produced with Jalen Pickett scoring just five points and dishing out only two assists in the first half.

Indiana used an 8-0 run early in the second half to pull within five at 39-34 with 16:53 remaining. The Hoosiers got back within five at 44-39, but Penn State scored the next five points to push the lead back to double figures at the 14:05 mark. By the 7:57 mark of the second half, Penn State’s lead had ballooned to 18 at 69-51. Indiana never seriously challenged Penn State for the rest of the game. The loss, Indiana’s third straight, dropped the Hoosiers to 10-6 overall and 1-4 in Big Ten play.

Trayce Jackson-Davis recorded a double-double with 14 points and 11 rebounds in 33 minutes.

Penn State put on an offensive clinic. The Nittany Lions scored 1.3 points per possession and shot 18-for-31 from beyond the 3-point line. Indiana’s defense, ranked first in the Big Ten last season, is a shell of what it was a season ago. 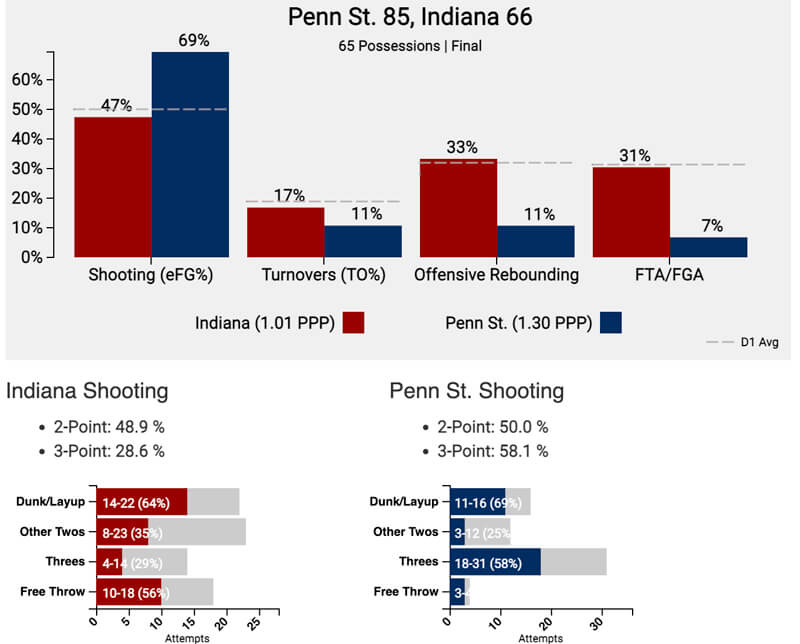