What to Expect: Northwestern at Indiana 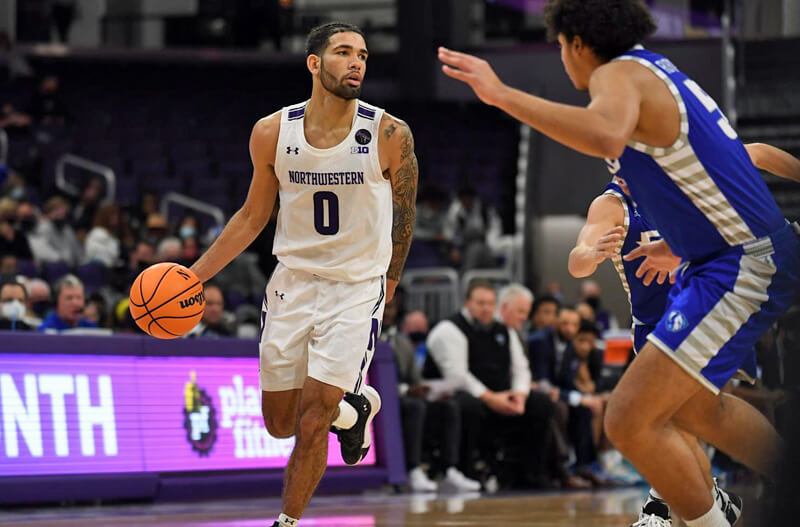 Indiana will try to get back to .500 in Big Ten play when it hosts Northwestern on Sunday afternoon at Assembly Hall. The Wildcats are 11-3 overall and 2-1 in Big Ten play.

Indiana won’t have time to dwell on Thursday’s loss at Iowa as the Hoosiers have a quick turnaround with Northwestern coming to Bloomington.

There’s plenty of uncertainty with IU’s injury situation as Race Thompson went down with an apparent knee injury at Carver-Hawkeye Arena. Indiana hasn’t done a media update since Thursday’s postgame or provided an update on the status of Thompson moving forward. (Update: Indiana announced Saturday that Thompson is out indefinitely.) Xavier Johnson is already out indefinitely with a foot injury. Trayce Jackson-Davis played 38 minutes on Thursday but favored his back entering the locker room at halftime.

Northwestern enters Sunday’s game with wins in six of its last seven games. Most recently, the Wildcats beat Illinois 73-60 at Welsh-Ryan Arena. Northwestern is 2-0 in true road games this season with victories at Georgetown and Michigan State.

The Wildcats have just two players averaging double figures in guards Chase Audige and Boo Buie. Both guards are using around 26.5 percent of Northwestern’s possessions, but shooting lower than 40 percent from the field.

Audige leads the team with 15.8 points per game on 39.9 percent shooting from the field. He’s making 43 percent of his 2s and 36.7 percent of his 3s. Audige is 25th in the country in steal percentage and averages 2.6 steals per game.

Buie averages 13.9 points per game and ranks 70th in the country in assist rate at 30.3 percent. Buie’s 59 assists lead the team, but he’s struggled with shooting this season. Buie makes just 37.8 percent of his 2s and 29 percent from distance.

Ty Berry, a 6-foot-3 junior, starts in the backcourt with Audige and Buie. Like Buie, Berry is shooting less than 30 percent on 3s and just 34.4 percent overall from the field. Berry is 77th nationally in steal percentage and averages 1.9 takeaways per game.

Julian Roper II, a 6-foot-3 sophomore, logs most of the backup guard minutes off the bench. Roper averages 4.3 points in 22 minutes per game.

Senior Robbie Beran starts at the four with Matthew Nicholson at the five. The 6-foot-9 Beran is a career 35.9 percent 3-point shooter. His 9.1 points per game are fourth on the team and he’s second on the team in rebounding at 6.2 per game.

Sophomore Brooks Barnhizer, an Indiana native, plays the majority of the backup minutes at the four with senior Tydus Verhoeven and freshman Luke Hunger providing depth at the five.

Statistics are updated through Friday’s games.

The Northwestern defensive profile is scary on paper.

Northwestern plays deliberately, ranking just 255th in the country in adjusted tempo per KenPom. The Wildcats have only given up over a point per possession twice this season (losses to Pitt and Ohio State). In its other loss, Northwestern allowed just 43 points on a neutral floor but fell by a point to Auburn back on Nov. 23.

The KenPom projection is Indiana by seven with a 74 percent chance of an IU victory. The Sagarin ratings, when adjusted for homecourt, like the Hoosiers by just under 6.5 points.

It’s hard to forecast what Indiana team we will see on Sunday with Thompson’s injury situation and without knowing how Jackson-Davis has responded physically after playing 38 minutes on Thursday in Iowa City. Injuries have derailed Indiana’s season, but Mike Woodson has been consistent in his “next man up” approach.

If the Hoosiers are without either player, it will be imperative for Jordan Geronimo and Malik Reneau to play much better than they did on Thursday night.

Northwestern is a tough-minded team that already won at the Breslin Center this season and is coming off a convincing 13-point win over Illinois earlier in the week. The Wildcats won the only meeting between the two teams last season in Evanston as Indiana’s roster was depleted due to suspensions.

Winning on the road in the Big Ten remains a major challenge for the program under Woodson (4-11), which means the Hoosiers need to keep holding serve at home to remain on track for an NCAA tournament appearance come March.