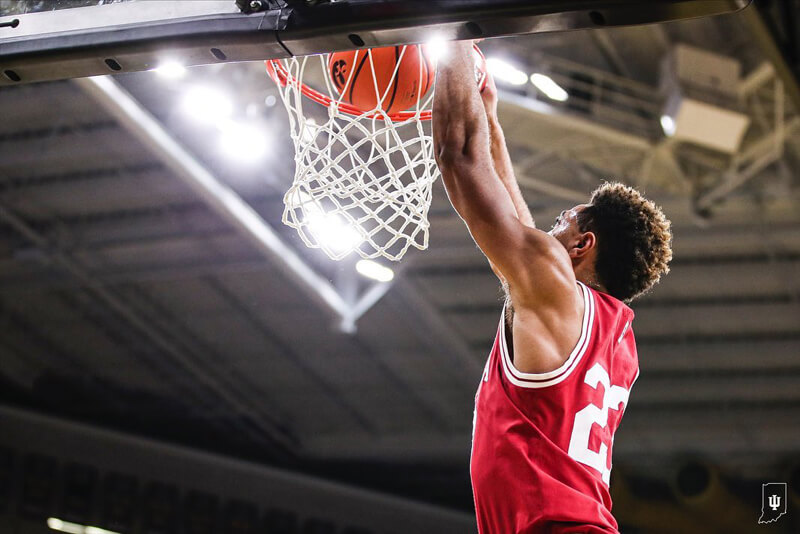 It was a wild first half in Iowa City. Indiana raced out to a 23-4 lead and led by 21 at the 13:32 mark of the first half. Everything was clicking early for the Hoosiers. Jalen Hood-Schifino was splashing 3s. Trayce Jackson-Davis was finishing at the rim. Race Thompson was solid on the glass and in the paint. But Iowa, as most Big Ten teams do at home, made a run. The Hawkeyes got within five late in the first half at 45-40 and it looked like IU’s early momentum would be gone. But the Hoosiers closed the half with five straight points to go into the break leading 50-40. The first half also saw Thompson leave with an apparent knee injury and Jackson-Davis hobble to the locker room holding his back.

The Hawkeyes took the lead for the first time at 63-61 with 11:35 to play and led by four on a couple of occasions before Indiana tied the game at 76 on a Trey Galloway layup with 6:52 to play. The Hoosiers regained the lead at 78-76 on a Tamar Bates second-chance layup with 5:56 to play. Indiana extended the lead to four at 80-76 on a Miller Kopp layup with 5:21 to play. Indiana stretched the lead to six at 84-78 on a Jalen Hood-Schifino putback with 3:42 to go. Iowa, however, quickly tied the game with six straight points by the 2:39 mark. The Hawkeyes took the lead at 86-84 on a pair of Filip Rebraca free throws. Rebraca then split a pair of free throws to make it 87-84 Iowa with 1:39 remaining. Iowa fouled Jackson-Davis on the next possession and he split the free throws to make it 87-85 at the 1:26 mark. Jackson-Davis split another pair of free throws with 53 seconds left to make it 87-86. Indiana forced a shot clock violation on the ensuing possession and got the ball back with 23.2 seconds to go.

Indiana’s defense allowed Iowa to score 1.457 points per possession in the second half. 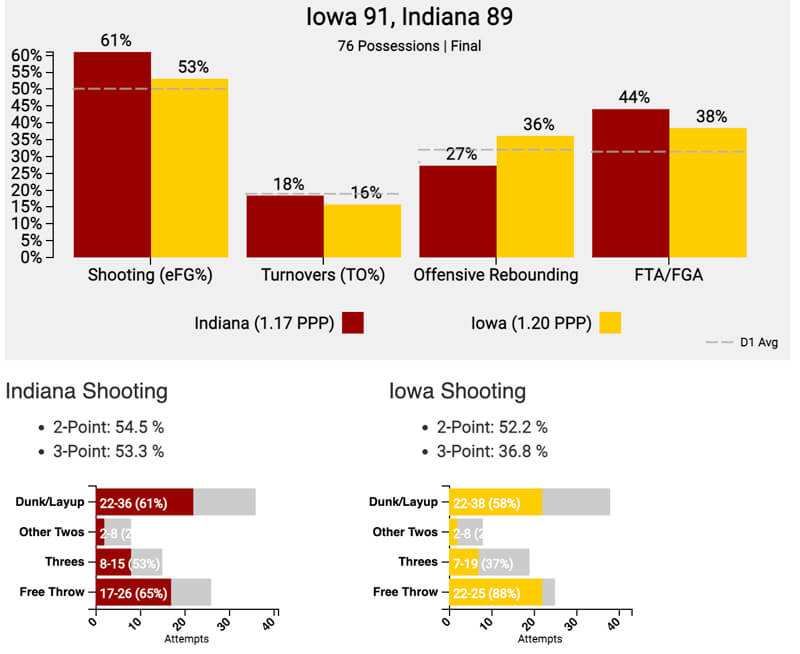