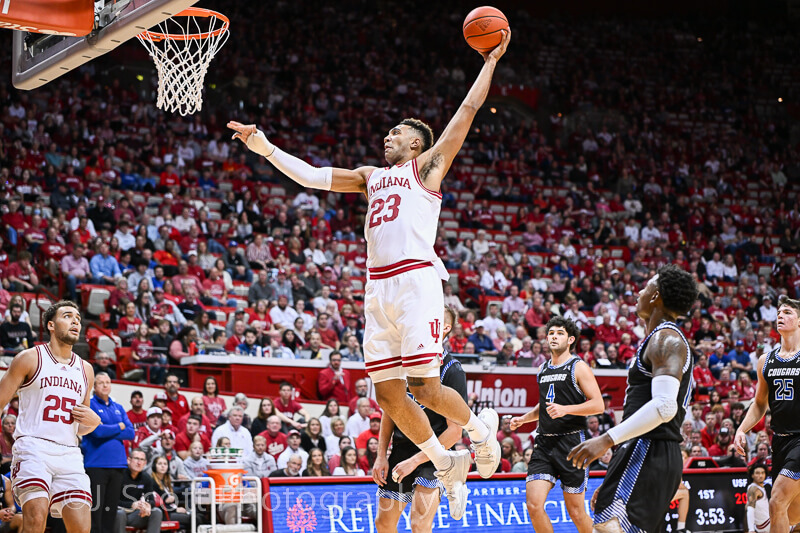 With the college basketball season tipping off today, it’s time to go on record with my preseason bracket projections. This set of projections is always the toughest to do since there isn’t actual data to use, not to mention the massive roster churn from year to year.

Regarding methodology, I try to absorb as much preseason content as possible, whether online or in print, data-driven or subjective. I review the 1-358 rankings many sites are posting and look through past performance, returning production, and potential breakouts for the teams that profile as contenders in their league or the at-large pool. From a practical standpoint, this exercise is a useful way to build out my initial list of teams to monitor as the season begins

As is typically the case, I won’t plan to put out additional projections until after the first of the year when we have a full set of non-conference results and a few league games under our belts.

Indiana and the Big Ten

While I didn’t write up each team this year, I did want to give some quick thoughts on IU and the Big Ten. From a conference perspective, most projections imply the Big Ten has several good but not great teams. For instance, KenPom’s preseason rankings have the Hoosiers at 12th with six teams in the 22-33 range. That suggests solid depth and the potential for the league to beat up on itself. Still, if no one can separate themselves from the pack in a league that is probably third best behind the Big 12 and SEC, it’s conceivable that the league winner won’t be on the top two or three seed lines.

That puts focus on how the league performs in the non-conference, as strong showings there have a significant impact on the NET and have buoyed the conference in previous years, setting up the opportunity to earn Quad 1 or 2 wins in the vast majority of league games. Here’s a quick look at the most important non-conference games for the Big Ten’s projected top teams:

As for Indiana specifically, performing well in those four key non-conference game is the first step toward earning a protected seed. No one is expecting them to be 4-0 in those matchups, but it’s hard to see any of those games falling outside of Q1, which means that even a split will give the Hoosiers two key non-league wins while no combination of two losses would hurt.

Indiana looks to have a relatively difficult Big Ten schedule, but assuming the league performs well in the non-conference, that will afford the Hoosiers many Q1/Q2 opportunities in league play to help bolster their tournament resume. Regardless, the best path to a top-three seed involves A) IU going at least 9-2 in the non-conference, B) the league performing well in its key non-league games, and C) the Hoosiers creating some separation between themselves and the rest of what projects to be a balanced Big Ten. With the league just not expected to be as strong at the top as in recent seasons, I am not sure winning the conference with a 14-6 or 13-7 mark will be enough to fall that high on the final seed list.

There were only five or six teams I considered for the one line. Gonzaga and Houston feel like easy choices, as both should rack up close to 30 wins as prohibitive favorites in their respective conferences. North Carolina also seems like a no-brainer given their magical end to the season, but there’s always a risk that they turn out like UCLA last season following their run to the Final Four in 2021. From there it came down to Kentucky and Baylor, and I gave the edge to the Wildcats given their mix of returning production and incoming talent.

Following the bracket, I listed the four teams I had just outside of the field and gave a breakdown by conference.In addition, it’s useful for me to get a little practice in following the bracketing principles as well, so let’s consider this the bracketology equivalent of an exhibition game.