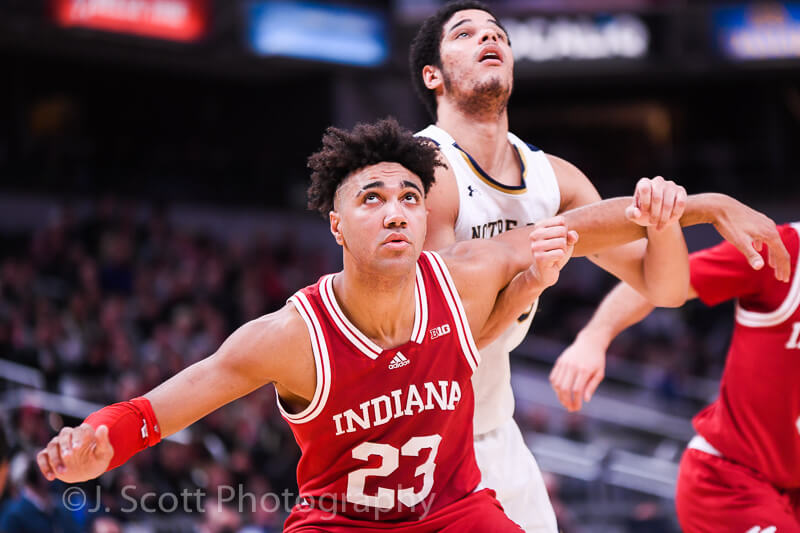 Conference scheduling is tough. Especially in the Big Ten which has 14 teams and doesn’t play a round-robin format. We know each Big Ten team will play their counterparts at least once, but who you play twice can really alter how your record looks heading into March.

Here we take a look into some of the notable Big Ten schedules and see why they matter.

This chart gives a perspective into teams projected Big Ten finish and their conference strength of schedule. The projections are via Bart Torvik. 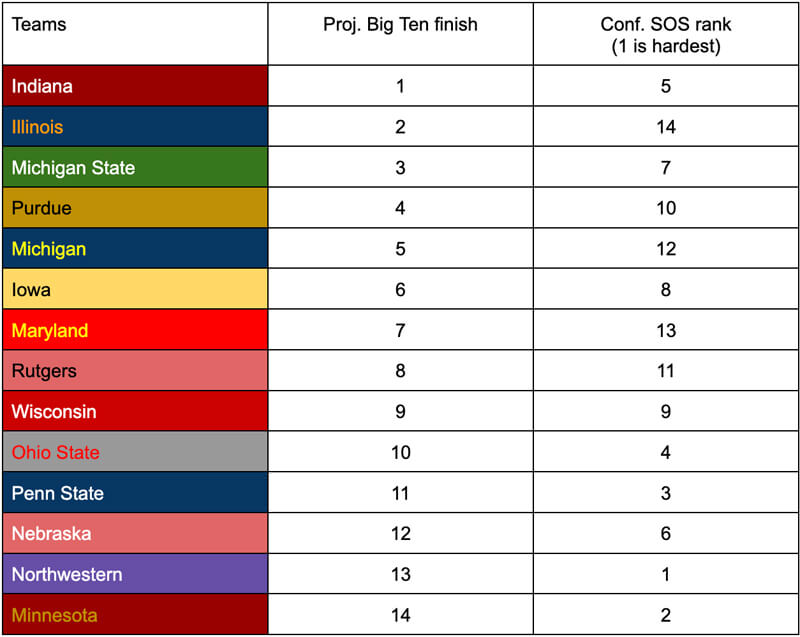 Some things stand out when looking at this. First, it has to be that Northwestern and Minnesota, who are both projected to finish at the bottom of the Big Ten, have the two toughest schedules. Second, the Illini are a clear outlier in the top half of the conference, projected to finish second but with the easiest conference schedule.

Note: No. 1 is the hardest schedule in the conference where No. 14 is the easiest.

Comments: Northwestern has the hardest schedule in the league. The Wildcats play the league’s bottom feeders (Penn State, Minnesota and Nebraska) once and the league’s projected top-two twice. Not the kindest schedule for a team trying to stay afloat in the Big Ten.

Comments: Playing Illinois, Michigan, Purdue and Wisconsin home and away is never a recipe for success. The Nebraska home and away could give the Gophers a chance at a couple of wins.

Comments: There seems to be a common denominator between these three teams. They all play Illinois and Michigan twice. And now we’re starting to get a sense of why Illinois has the easiest projected slate. Although, the Nittany Lions do play Indiana, Michigan State and Iowa at home.

Comments: The Hoosiers play the Illini, Michigan State and Michigan twice, all three of which are in Torvik’s top-5. Although, the away slate sets up nicely for Indiana as they will travel to Maryland, Minnesota and Penn State.

Comments: Michigan State has a couple home and away games which could change the race for the Big Ten regular season. Michigan and Indiana are two double plays for the Spartans that come to mind. But overall, this looks like it’s probably one of the most balanced schedules in the conference.

Comments: Home and aways with Indiana and Michigan State will provide some great matchups. Although, this schedule seems a bit easier than Torvik projects. Hosting Illinois and Michigan at home is great for the Hawkeyes and so is playing Northwestern and Nebraska twice.

Comments: Purdue got a good draw playing Minnesota, Nebraska and Penn State twice and will get Illinois and Iowa at home. Trips to Michigan, Michigan State and Indiana are what keep this schedule at 10th and not easier.

Comments: Michigan plays Illinois, Purdue and Iowa only once. And the Wolverines play Minnesota, Northwestern and Penn State twice which is extremely favorable.

Comments: Besides having to play the Hoosiers twice, Illinois plays each of Torvik’s bottom four twice and hosts Michigan and Michigan State. That appears to be a pretty easy path for Illinois to be in contention for the Big Ten regular season title by late February.

The conference schedule is never going to be completely balanced. But, scheduling can have a direct impact on a team’s path towards a Big Ten regular season title.

Illinois, a team that has some of the most talent in the Big Ten and is projected to finish second in the conference according to Bart Torvik, has the conference’s easiest schedule. Northwestern, on the other hand, will have a much more difficult chance at the conference title just based on the schedule.

While each team controls its own destiny, it seems like some teams’ fates like Northwestern and Minnesota are already decided for them. And like it or not, regular season conference titles and conference tournament seeding does play a factor come Selection Sunday in March.