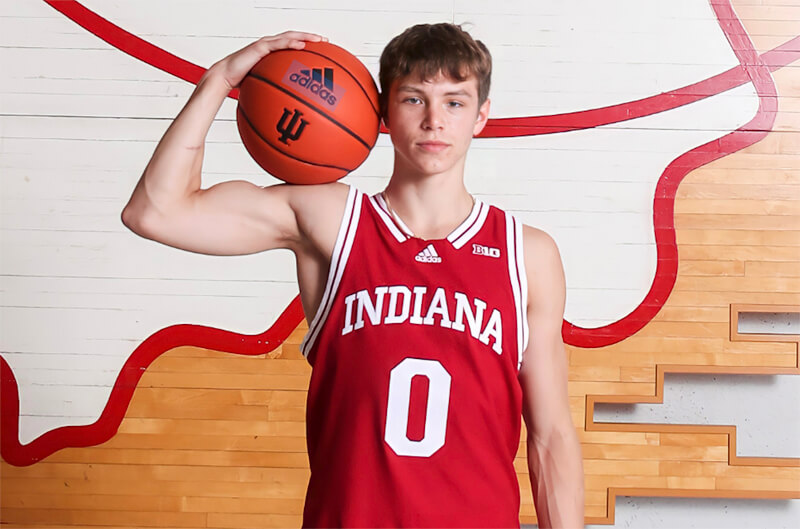 It was standard protocol. Mike Woodson was giving one of his commits a phone call on their birthday. But this ended differently.

“I love you,” Woodson said to Indiana class of 2023 commit Gabe Cupps.

The July 6 call stood out to Gabe’s father Brook who was in the car with his son when Woodson called. Indiana felt like home, the coaches cared.

Indiana basketball and the Cupps family have a lot in common. But mainly, it’s the love for basketball.

Since fourth and fifth grade, Cupps has spent his summers and vacations traveling around the country playing basketball against the best players his age.

“It just never felt like it was going to end,” Gabe Cupps told Inside the Hall after his years on the summer basketball circuit came to a close recently.

He challenged LeBron James to a 3-point shooting competition, won middle school nationals in front of a heckling crowd and has been featured in YouTube videos with millions of views.

Now Cupps, who finds himself nationally ranked in the top 100 on ESPN.com and 247Sports, is taking what he’s learned during his experiences into his senior season at Centerville (Ohio) High School and eventually to Indiana.

“It was definitely surreal at first,” Cupps said. “I definitely wouldn’t be the player or person without the experiences at such a young age. Those environments are ones that some people never experience and I was able to go through it in fourth and fifth grade.”

The 6-foot-2 point guard spent this past summer on the adidas circuit with the Midwest Basketball Club, as well as reuniting with his former team the North Coast Blue Chips. Cupps won middle school nationals with the Blue Chips and they played one final game with each other in early July.

The Blue Chips were playing together for the first time since they were in eighth grade and it felt nostalgic. The improvement, growth and athleticism was on full display.

Instead of launching outlet passes for a contested layup like in their middle school days, Cupps was shoveling alley-oops to Bronny James and other teammates who had – let’s just say – a little more bounce than they did four years ago.

Surging athleticism aside, Cupps said the best part was being back with his friends who he grew up with traveling around the country.

“You look back and you think about all the experiences,” Gabe’s father Brook Cupps told Inside the Hall. “I was lucky to experience it with him… It’s been the highlight of my life.”

Brook has spent time courtside coaching Gabe in AAU and in high school. He has experienced the growth and development of his son in every way imaginable. Brook mentioned how pleased he was with the experience he was able to get for his son at such a young age. Not only was Gabe able to play at the highest level of competition, but he also was playing with people who cared for him and wanted him to get better. 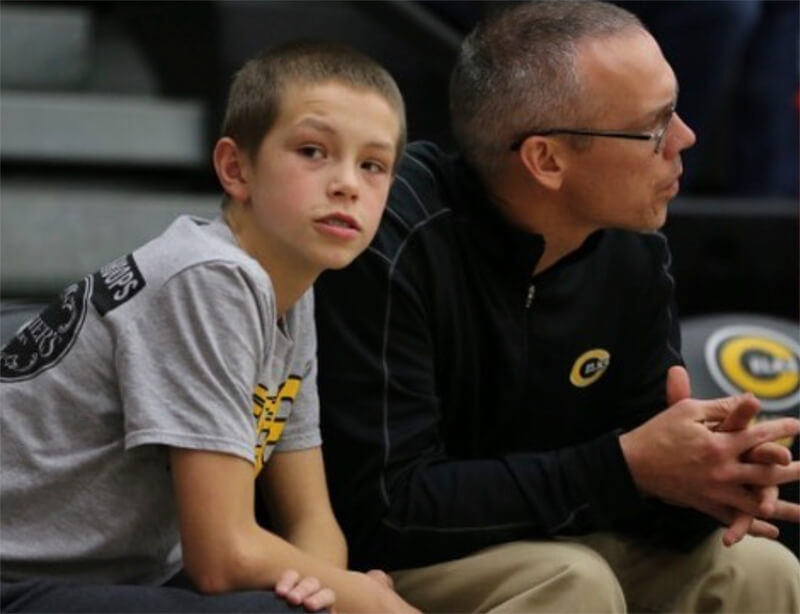 The Midwest Basketball Club capped their summer off at the Big Time Tournament in Las Vegas as they took on Bronny James, Robert Dillingham and Strive For Greatness. Midwest won 78-67 and Cupps’ time in the AAU world finally ended.

Cupps’ summer closed with the SLAM Magazine Summer Classic in Harlem’s Rucker Park. There he showcased his skills along with other highly touted players in the class of 2023 like Xavier Booker (Michigan State commit), Marquis Cook (Oregon commit) and Jared McCain (Duke commit).

“One of the coolest experiences I’ve had. The energy and history you felt when you walked on the court was unlike any other place I’ve been,” Cupps said about the Rucker Park event. “I’m really thankful SLAM invited me and gave me a chance to experience that.”

Rucker Park is on any basketball junkie’s list of dream pickup courts to play on. Gabe Cupps could be considered one of those junkies as he lives and breathes basketball. Indiana and Cupps have that in common. It might be a match made in heaven.

“I’ve grown up completely surrounded by basketball with my dad being a coach, so that love for basketball in Bloomington and in all of Indiana felt very at home for me,” Gabe said. “Coach Woodson and his entire staff are great people and they are people that I wanna learn from and be around.”

“Their passion for basketball appealed to Gabe… and good basketball, they like to play the right way,” Brook said. “They liked him for who he was and didn’t want him to be something else. I love coach Woodson’s old school and straight forward approach to coaching and basketball.”

It all circles back to the care and “love” displayed through a simple birthday call. Indiana showed up. They were active by appearing at Gabe’s events, engaging him in visits and caring for someone who is over a year away from suiting up in the cream and crimson.

Gabe’s belief in Woodson and getting Indiana “back to where it should be” ties in with his ability to elevate those around them.

“I think I elevate a culture which helps winning,” Gabe said.

The Centerville native mentioned his competitiveness and willingness to be vocal as what makes him a difference maker on and off the floor.

Last year, the Brook Cupps-led Centerville High School Elks had their 45-game win streak snapped in the state championship game after winning the title the year before. It left a bitter taste in the point guard’s mouth.

“My goal is to win,” Cupps said. “I want the guys I’ve spent my life playing with, the seniors, to go out on top and have a great memory of Centerville basketball. Personally, I will do whatever it takes to get that done.”

Ahead of his senior season, Gabe told Inside the Hall that he has been working hardest on attacking off the dribble and getting his shot off quicker. Floaters and finishing around the rim have been a point of emphasis as well. Although, Cupps did say he’s always been focused on improving his shot.

The winning attitude, intangibles of being a basketball junkie and skill level should help Cupps transition well into his time at Indiana.

And the national spotlight, which has always been on him, certainly won’t be a problem.