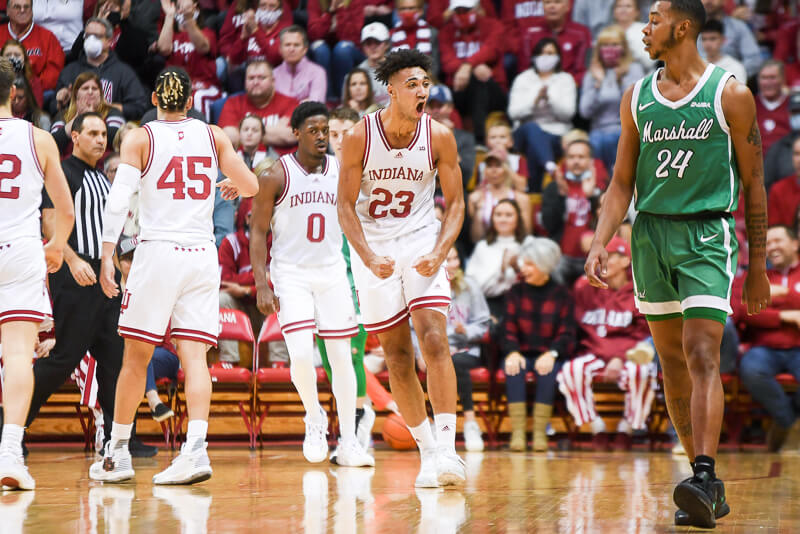 The deadline to withdraw from the 2022 NBA draft has passed and many of the preseason top 25 rankings we shared earlier this week have been updated again.

Here’s a look at where Indiana currently stands in all of the rankings that have been updated in recent days:

Seth Davis, an Associated Press top 25 voter, has Indiana at No. 12 and the highest ranked Big Ten team:

When Trayce Jackson-Davis came to Indiana as a freshman, most people thought he would stay just one or two years. On May 20, Jackson-Davis decided to withdraw from the draft and return to Bloomington for his senior season. That means Indiana will return four starters from the team that won its NCAA Tournament First Four game over Wyoming before losing to Saint Mary’s. Mike Woodson is also bringing in three freshmen who were ranked in the top 100 in the 247Sports Composite — 6-5 guard Jalen Hood-Schifino, 6-8 forward Malik Reneau and 6-8 forward Kaleb Banks.

Andy Katz is typically bullish on the Hoosiers and his most recent power 36 rankings are no different with Indiana at No. 7:

Trayce Jackson-Davis is ready for prime time to lead the Hoosiers to the top of the Big Ten.

The Hoosiers are the top-ranked Big Ten team in the latest CBSSports.com rankings at No. 16 nationally:

The Hoosiers’ ranking is based on Indiana returning the top three scorers from a team that made the NCAA Tournament – among them Trayce Jackson-Davis, who could be a candidate for Big Ten Player of the Year. Indiana’s recruiting class is ranked fifth nationally and highlighted by 5-star prospects Jalen Hood-Schifino and Malik Reneau.

Indiana is not top ranked Big Ten team in the 247Sports rankings by Kevin Flaherty. Illinois owns the top spot for a Big Ten team at No. 14.

Trayce Jackson-Davis pushing back the NBA for another season gives the Hoosiers Big Ten title hopes (and three returning starters). If players improve the most between their freshman and sophomore years, the Hoosiers have a ton of breakout candidates, and then there are the five-star freshmen Jalen Hood-Schifino and Malik Reneau.

The Hoosiers dropped two spots to No. 11 in the latest preseason top 25 from Jeff Goodman:

With Jackson-Davis returning to Bloomington, Mike Woodson and the Hoosiers have most of their key pieces back from an NCAA tourney team. They also added a couple of talented freshmen in Hood-Schifino and Reneau, but the key could be the development of guys like Galloway, Geronimo and Bates.

Indiana moved up one spot from No. 13 to No. 12 in Torvik’s most recent rankings: 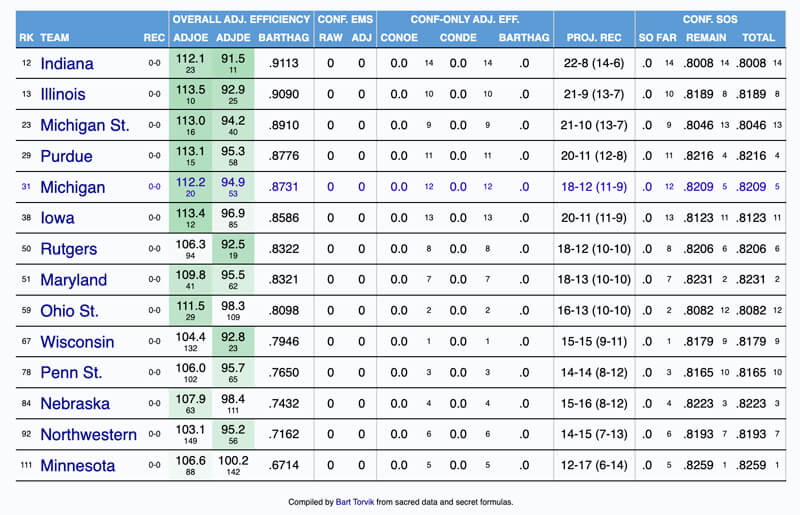