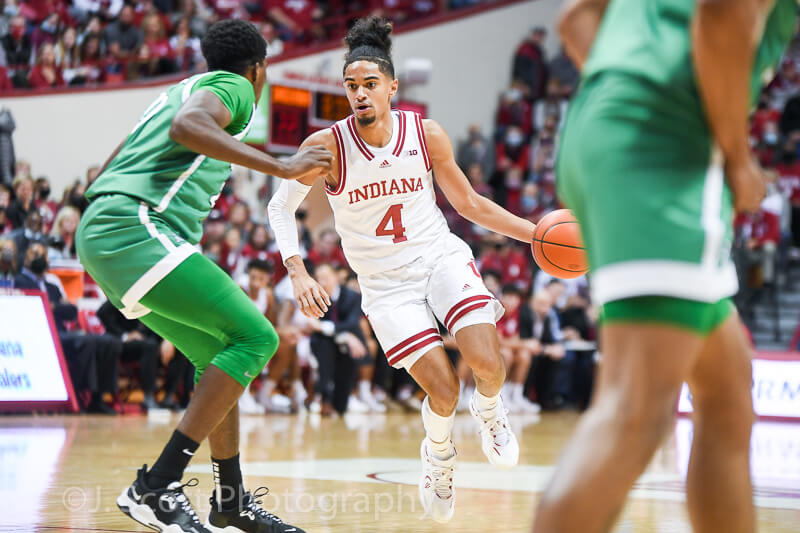 All four Indiana players who entered the transfer portal this spring have now decided where they’ll play next season.

The deadline to enter the transfer portal for fall and winter sports is May 1, which means that a player must enter the portal by that date in order to be eligible to compete next season without a waiver.

Each of Indiana’s four outgoing transfers – Rob Phinisee, Michael Durr, Parker Stewart and Khristian Lander – have chosen their new schools for next season.

In order of their commitment date, here’s a look at where each will suit up next season:

Phinisee chose the Bearcats over Butler after taking visits to both schools. At Cincinnati, he’ll be reunited with Mike Roberts, who was an assistant coach at Indiana for part of Phinisee’s tenure in Bloomington. Phinisee will have one season of eligibility at Cincinnati.

Durr had a minimal impact last season after transferring from South Florida. He will now head back to the sunshine state after choosing UCF, a member of the American Athletic Conference. Durr reportedly also had interest from Arizona State, Pepperdine and NC State. He will have one season of eligibility at UCF.

Stewart was an integral part of Indiana’s 2021-22 team as he started 31 games and shot close to 40 percent on 3-pointers. He is transferring back to UT Martin for his final season of eligibility after averaging 19.2 points per game for the Skyhawks back in the 2019-20 season. Minnesota also reportedly had interest in Stewart.

One thing I’ve learned in life is to never take time around the people you love for granted. I will be using my additional year of eligibility and will be returning HOME, to UTM for my final season. Long Live 45…my goal is to complete your mission. Mama I’m back. ??? pic.twitter.com/EdWK1z2MWl

The former 5-star recruit never found his footing in Bloomington and will now drop down a level and look to find success in Conference USA. Iona, led by Rick Pitino, was also a consideration for Lander before he ultimately chose the Hilltoppers on Wednesday. Lander has three years of eligibility remaining and won’t turn 20 until August.