At the buzzer: Michigan State 76, Indiana 61 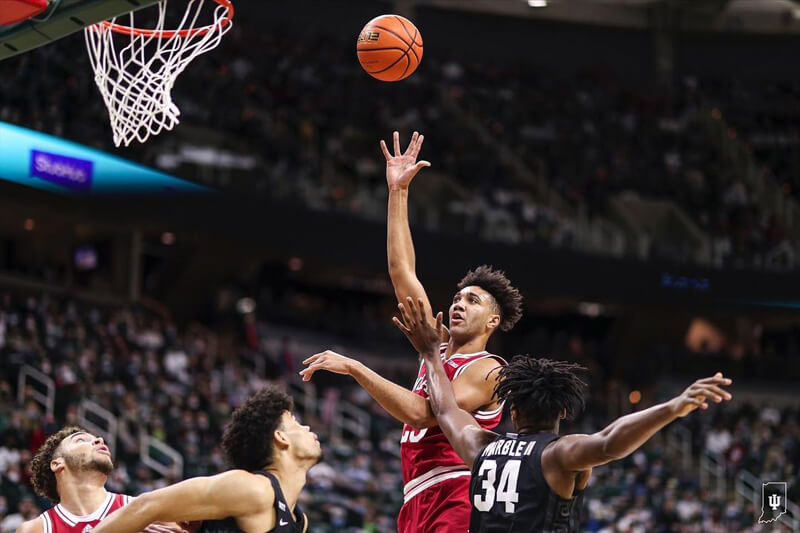 Quick thoughts on a 76-61 loss at Michigan State:

How it happened: Indiana’s struggles on the road continued on Saturday at the Breslin Center. The Hoosiers fought – and even led early in the second half – but once again couldn’t put together anything close to a 40-minute effort.

Indiana was in the game with 9:30 to play when it cut Michigan State’s lead to three on a pair of Tamar Bates free throws, but the Spartans answered with an 8-0 run. The Hoosiers never got closer than nine the rest of the afternoon. Much of Indiana’s struggles were with its shooting. Indiana shot only 39.5 percent on 2s, 23.8 percent on 3s and 59.3 percent from the free throw line.

The loss – IU’s third straight – dropped the Hoosiers to 16-8 overall and 7-7 in Big Ten play. Indiana’s once clear path to the NCAA tournament is looking murkier by the day.

Statistic that stands out: It was another bad offensive performance for Indiana. The Hoosiers scored less than a point per possession for the fourth straight game. Indiana scored only .86 points per possession in the loss. 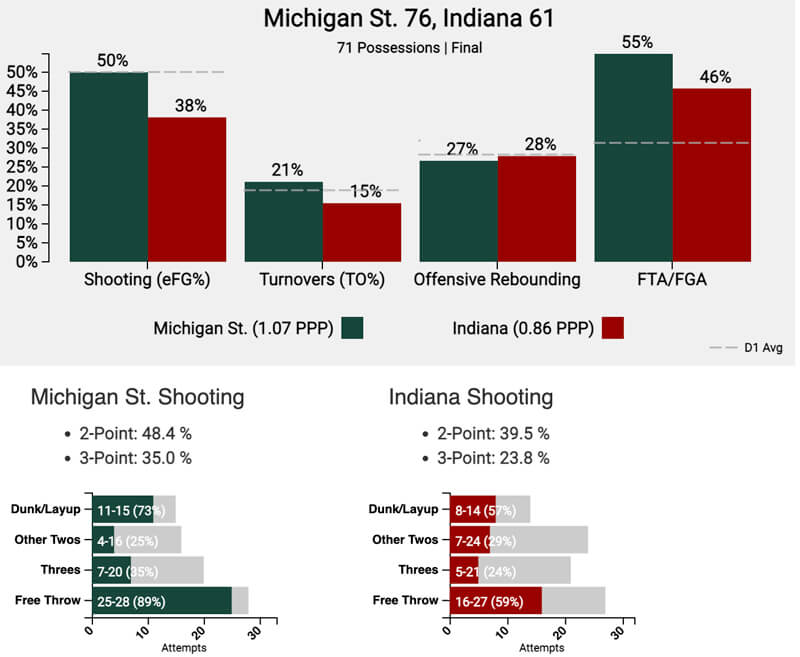