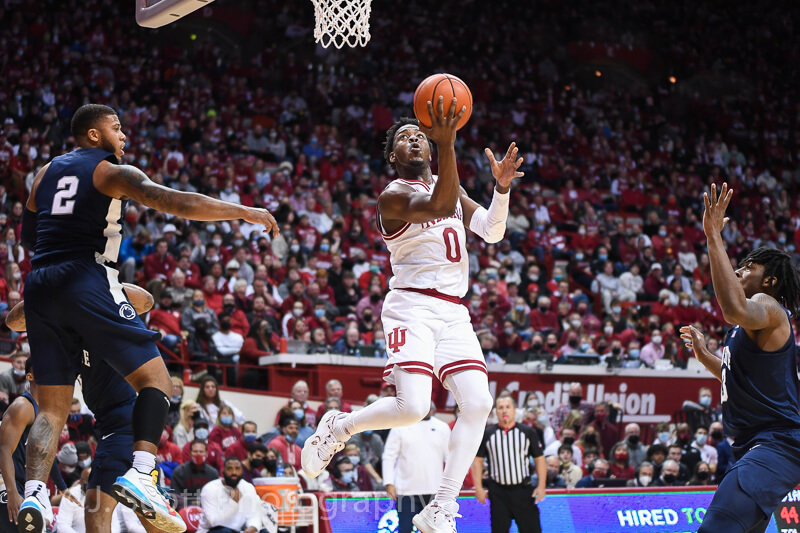 Indiana will only have seven scholarship players available for Tuesday’s game at Northwestern due to disciplinary reasons.

Prior to tipoff, Mike Woodson announced that Tamar Bates, Xavier Johnson, Michael Durr, Khristian Lander and Parker Stewart are suspended and will not play at Welsh-Ryan Arena.

“I had to suspend five players for disciplinary reasons,” Woodson told Don Fischer pregame. “We have team rules and ‘hey, I had to follow rules when I played throughout my college days and my NBA days.’ They’re rules and when you don’t obey rules, you’ve got to do things that sometimes you don’t want to do. And I had to suspend five players today. So it’s next man up and we’ll see what we’ve got once we throw it up.”

Rob Phinisee is still out with plantar fasciitis.