At the buzzer: Northwestern 59, Indiana 51 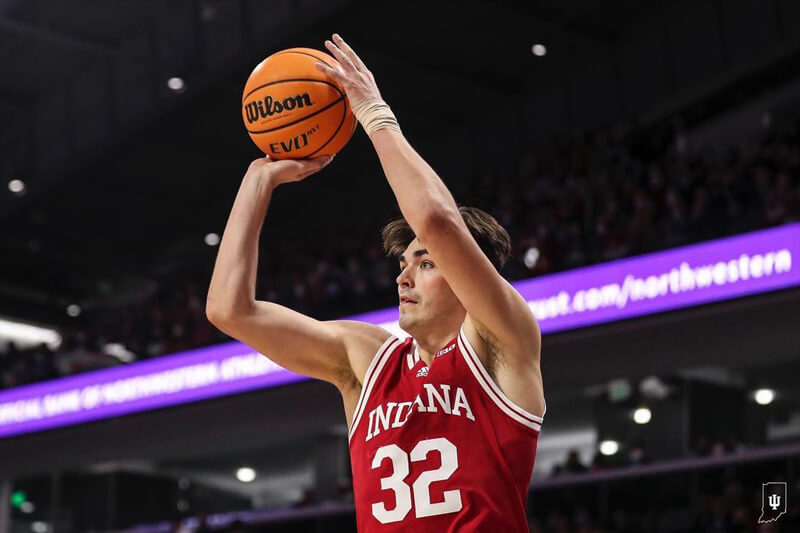 Quick thoughts on a 59-51 loss at Northwestern:

How it happened: With five scholarship players suspended and another one sidelined with an injury, it was a bare-bones crew for Indiana on Tuesday night in Evanston. The Hoosiers scrapped all night and hung in for a majority of the game as Northwestern never got comfortable offensively. Indiana’s largest lead came at 35-28 with 17:49 in the second half. But with only six players logging significant minutes, fatigue ultimately became a factor at Welsh-Ryan Arena.

It looked like Northwestern might pull away several times in the second half, but Indiana got within three at 48-45 with 5:52 to play and then within four at 53-49 with 3:38 to play. After the final media timeout, Indiana missed a chance to cut into the lead as Trey Galloway missed a layup. On the ensuing possession, Galloway picked up his fifth foul which also was his second hook-and-hold flagrant foul of the evening. Pete Nance then made two free throws to stretch the lead to six with 2:36 to play. The Hoosiers would get no closer the rest of the way as they suffered consecutive losses for the first time this season.

Statistics that stands out: Indiana scored just 25 points in the second half and shot only 32 percent from the field. The Hoosiers made just 1-of-8 3s after intermission. 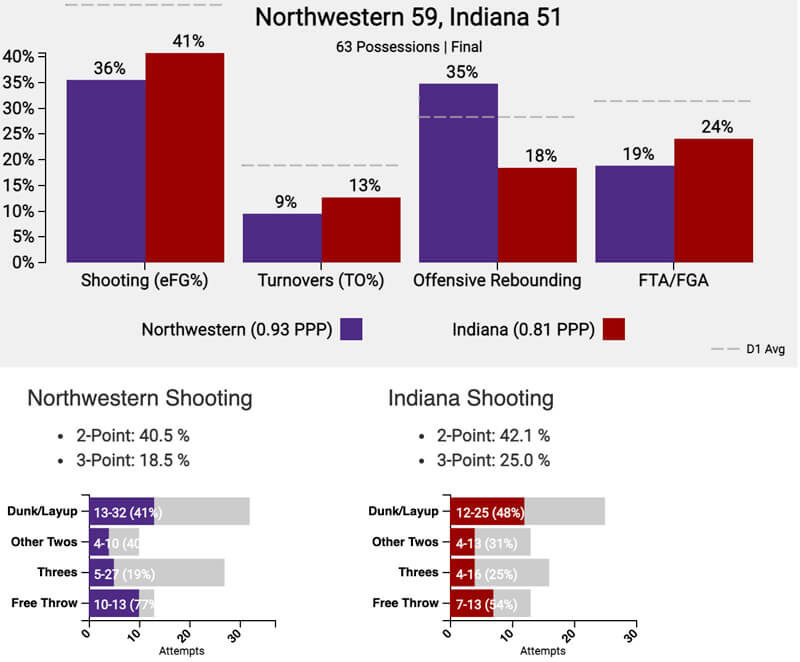