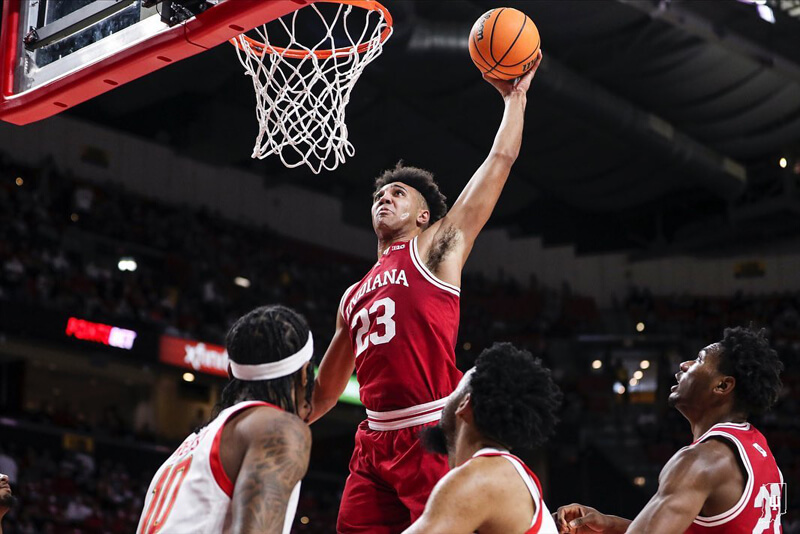 How it happened: Indiana started slow on Saturday at the Xfinity Center, but the Hoosiers answered quickly after falling behind 8-0. With a strong half from Xavier Johnson (seven assists, no turnovers) and Trayce Jackson-Davis (12 points, six rebounds), Indiana went to the locker room leading Maryland 33-26. The Hoosiers were stout defensively, as the Terps shot just 5-of-16 on 2s and managed only .83 points per possession. Indiana, despite shooting only 1-of-9 on 3s, made all six of its free throw attempts and committed only two turnovers before intermission. The halftime lead was Indiana’s fourth in five Big Ten road games.

The Hoosiers started the second half strong and pushed the lead out to 11 at 45-34 on a Race Thompson putback with 15:04 to play. Indiana pushed the lead to 15 on two occasions: the first was on a Thompson 3-pointer with 13:18 to play and it happened again on a Xavier Johnson 3-pointer that made it 52-37 with 12:08 to go. The Hoosiers stretched the lead to 17 on a Trey Galloway dunk with 8:51 to play, but Maryland scored the next five to get within 12 at the under eight media timeout. Indiana, however, stretched the lead back to 18 with 4:28 to play and was never challenged the rest of the way. The win is Indiana’s seventh in Big Ten play and second on the road this season.

Standout performers: Indiana was led by Race Thompson, who had a double-double with 18 points and 12 rebounds. Trayce Jackson-Davis nearly had one, too, finishing with 17 points and nine rebounds. Xavier Johnson had eight points, nine assists, three rebounds and just two turnovers in 29 minutes.

Statistics that stand out: Indiana’s defense was dominant on Saturday as Maryland shot just 28.6 percent from the field and managed only .8 points per possession. 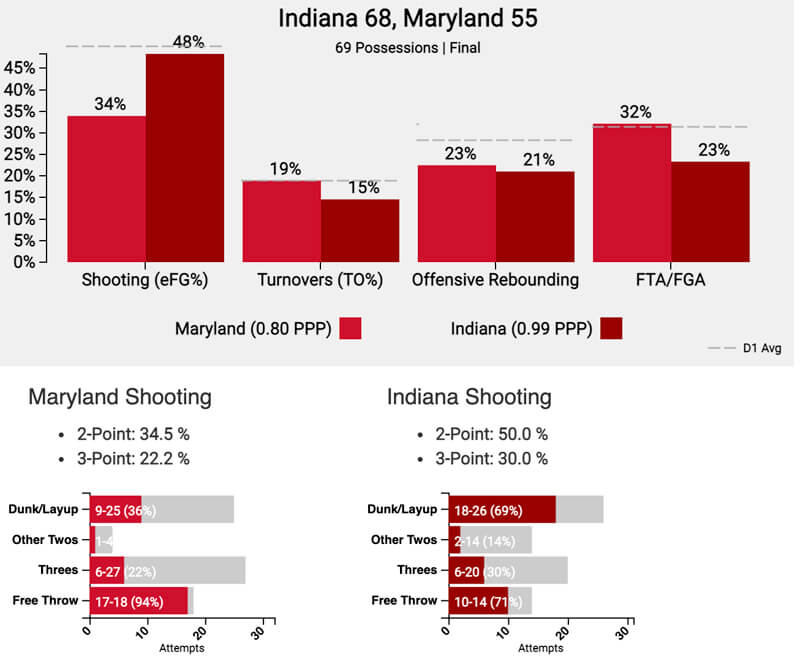