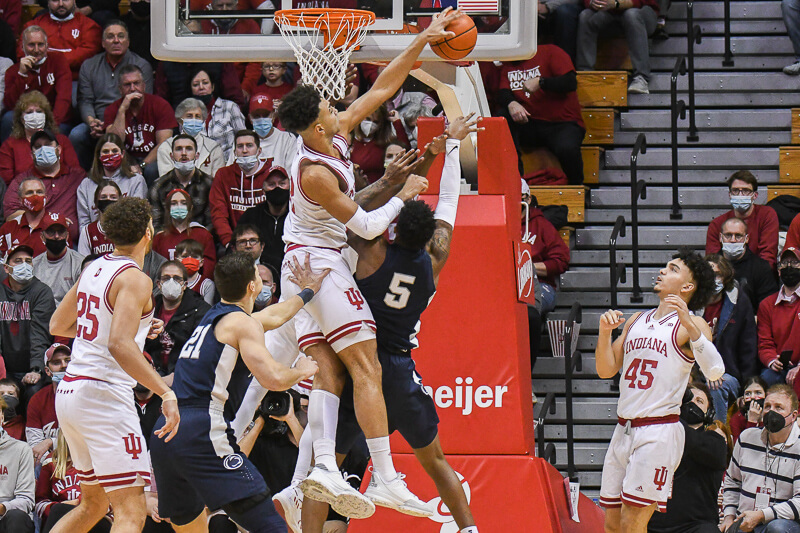 How it happened: Indiana left no doubt on Wednesday in Assembly Hall. The Hoosiers led 12-0 to start the game, a major departure from its slow starts that have become a staple this season. By the 8:26 mark of the half, Indiana’s lead had ballooned to 21 points on a Race Thompson bucket. By halftime, the lead was 29 points at 46-17. Indiana’s offensive numbers were downright impressive: 10-of-20 on 2s, 6-of-8 on 3s and 1.45 points per possession. Three players – Trayce Jackson-Davis, Race Thompson and Xavier Johnson – scored in double figures. Penn State, meanwhile, was dreadful offensively and Indiana’s energy had plenty to do with it. The Nittany Lions managed just .54 points per trip in the first 20 minutes.

The second half was a different story. Indiana’s ball pressure on the perimeter was poor and Penn State took advantage early and often from the perimeter. The Hoosiers led by 32 points at one point, but the Nittany Lions got within 14 points at the 3:15 mark on a John Harrar bucket. The Hoosiers responded with a quick 5-0 burst to push the margin back out to 19. The win, Indiana’s 15th of the season, improved the Hoosiers to 6-4 in league play ahead of a weekend trip to College Park to take on Maryland.

Standout performers: Johnson led Indiana with 19 points, six assists and four rebounds in 32 minutes. Thompson added 18 points, including 2-of-2 on 3-pointers and Jackson-Davis finished with 18 points and six rebounds.

Statistics that stands out: Indiana shot 10-of-13 on 3s and scored 1.23 points per possession, their highest mark of the season to date in a Big Ten game. 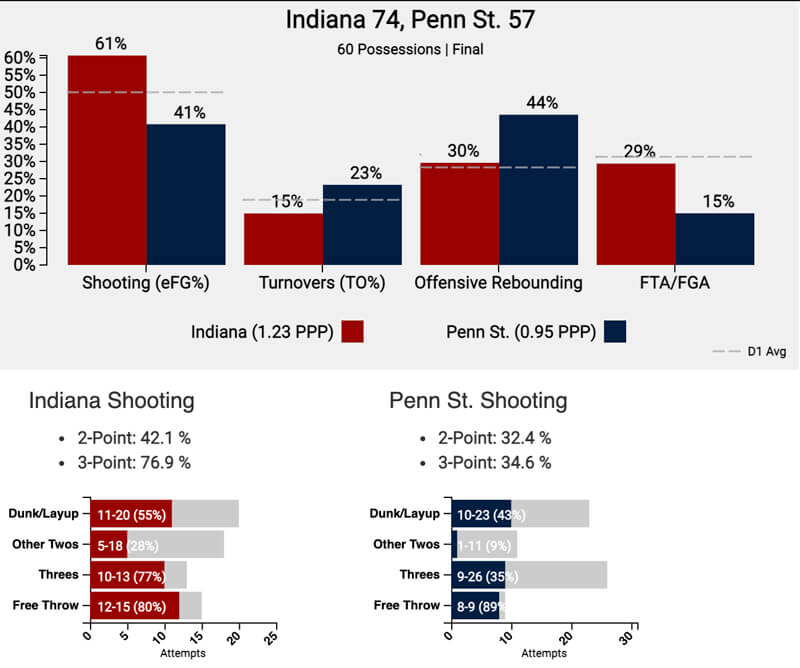