What to expect: Jackson State 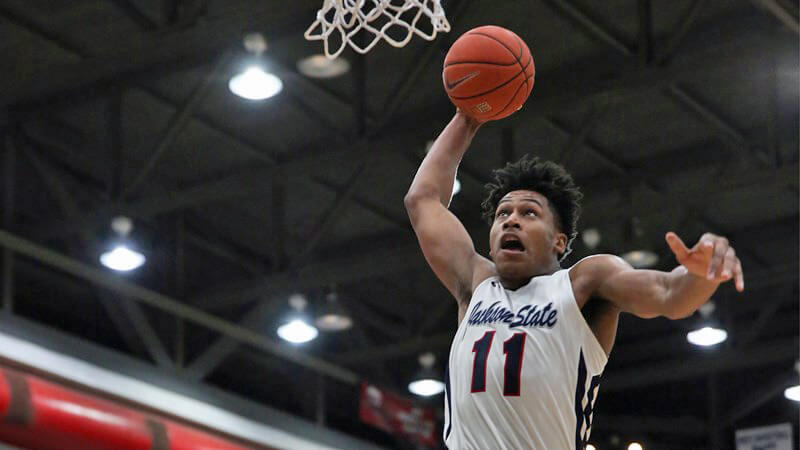 Indiana returns to action Tuesday night in the second game of the Indiana Classic at Simon Skjodt Assembly Hall. The Hoosiers will face 0-4 Jackson State, which has played all of its games on the road.

Indiana will follow up Sunday’s 76-44 dismantling of Louisiana with an opponent that isn’t projected to win a game by KenPom until late December.

Jackson State, a member of the Southwestern Athletic Conference, travels to Bloomington on Tuesday for its fifth straight road game to start the season. The Tigers will play 12 straight road games before hosting a non-Division I opponent on December 29.

For Indiana, Tuesday marks an opportunity to improve upon some of its mishaps from Sunday’s lopsided win. Despite a hot shooting performance from the perimeter and a 32-point win, Indiana turned it over 27 times in the win over Louisiana.

Jackson State is averaging just 61.3 points over its first four games and has one of the nation’s 20 worst offenses according to the Ken Pom ratings.

Forward Jayveous McKinnis has been one of the few bright spots for the Tigers. The 6-foot-7 senior was named the SWAC defensive player of the year the last two seasons. Through four games, he’s averaging a team-high 12.8 points and is shooting a stellar 57.5 percent from the field. McKinnis is also averaging 10 rebounds per game and has team-highs in blocks (eight) and steals (eight).

He’s joined in the frontcourt by another senior, Isaiah Williams. The 6-foot-7 Williams has struggled with fouls as he’s already been whistled for 18 in just 24.5 minutes per game. Williams is fourth on the team in scoring at eight points per game, but is shooting just 38.2 percent from the field.

Ken Evans has been starting at the three and is off to a solid start from the perimeter. The 6-foot-5 wing is 6-of-12 on 3s and is second on the team in rebounding at five per game. Evans is fifth on the team in scoring at 7.3 points per game.

In the backcourt, Jonas James III starts in the backcourt alongside Dyllan Taylor. James is a career 34.1 percent 3-point shooter. The 6-foot-1 Taylor has a team-high 12 assists over four games and averages 3.8 points in 20.5 minutes per game.

Gabe Watson, a transfer from Tulane, didn’t play the first two games of the season, but scored 18 points on Sunday night in an 80-66 loss at Marshall. The 6-foot-2 Watson made four of his 10 3-point attempts in the loss. James is a career 34.1 percent 3-point shooter.

Chance Moore began his career at Wichita State before transferring to Washington State and then to South Plains College in Texas. The 6-foot-6 Moore is third on the team in scoring at 10 points per game off the bench and is making 40 percent of his 3s and 80 percent from the free throw line.

Chris Freeman, a 6-foot-6 transfer from UT Rio Grande Valley, saw his first action of the season in Sunday’s loss at Marshall. He logged 20 minutes off the bench and finished with seven points.

Jackson State has yet to score a point per possession in its first four contests and it managed just .7 points per trip in a 71-47 loss at Illinois to open the season. That loss to the Illini came without Kofi Cockburn in the lineup.

Some of the offensive numbers for the Tigers are ugly. Jackson State is one of the nation’s worst at getting to the foul line with a free throw rate (FTA/FGA) of just 13.7 percent. Its turnover percentage of 21.4 ranks 256th nationally and its offense is 340th in the country, per KenPom.

While Indiana’s defense has been elite thus far against a schedule that is ranked 284th currently in terms of difficulty, rebounding and turnovers are clear areas for improvement in the coming weeks. The Hoosiers haven’t been great on either the offensive or defensive glass. And Indiana’s turnover percentage of 22.2 currently ranks 275th in the country.

The Hoosiers are a 22-point favorite according to KenPom and another lopsided contest at Simon Skjodt Assembly Hall is likely.

After Tuesday’s game, Indiana will play four straight games against teams ranked in the top 115 of the Pomeroy ratings, which should offer far more insight into where things stand with this group.

Until then, look for the Hoosiers to feast on another overmatched opponent ahead of the Thanksgiving holiday.