Indiana offers a scholarship to class of 2022 wing Brice Sensabaugh 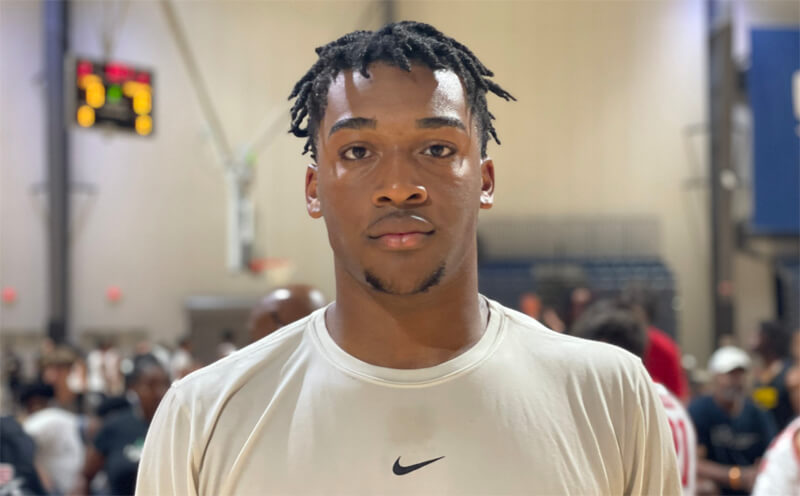 Sensabaugh, a 6-foot-6 wing, is unranked by 247Sports but has added a flurry of offers in recent days.

In addition to the IU offer, Sensabaugh has also been offered recently by Northwestern, Cincinnati, Vanderbilt, Georgia Tech, Xavier and FIU. Prior to the flurry of June offers, Sensabaugh also held offers from SMU, Florida Gulf Coast, Stetson, USF and Air Force.

At the conclusion of his sophomore season, Sensabaugh suffered a torn meniscus that required surgery. He also missed portions of his junior season at Lake Highland Prep, which is in Orlando, with a knee injury.

This spring, however, Sensabaugh has been impressive in front of college coaches. RyzeHoops mentioned him as one of the standouts at last weekend’s GBCA team camp:

Lake Highland Prep (FL) 2022 wing/forward Brice Sensabaugh stole the show today. A strongly-built 6-foot-6 hybrid forward who can bully his way to the rim, but is athletic and quick enough to go around defenders off the bounce. He looked unstoppable in stretches of a win against Sandy Creek, going for 26 points and doing it in every way possible. Xavier offered after the performance and it’s likely you’ll see more programs jumping in over the weekend and into next week.

Dan McDonald of Rivals.com also made note of Sensabaugh’s play:

Another impressive outing for 2022 forward Brice Sensabaugh (@bricepsensa) this morning in an OT win over Berkmar. Expect his recruitment to really take off after this weekend with high-major action. pic.twitter.com/fqNmNdGg4W

Sensabaugh was the GBCA camp’s leading scorer at 21.5 points per contest over four games.

Indiana currently has one commitment in the class of 2022 in Lawrence North guard CJ Gunn.