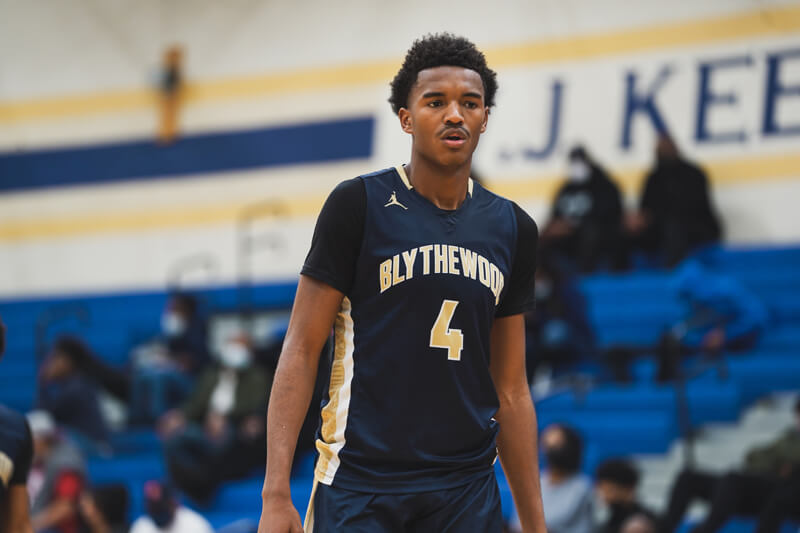 Phillips, the No. 26 player nationally in the class of 2022 according to the 247Composite, spoke to Inside the Hall on Wednesday about his conversation his the IU staff, his recruitment and more.

Our full Q & A with Phillips, who plays for the Upward Stars on the adidas circuit, is available below:

When did Indiana start to get in contact with you?

“I got a call on Saturday night from coach Yasir (Rosemond). He kind of talked to me about how the new coaching staff is in and they like my game and they’re looking to bring talent in from the south. And he thought I would be one of those really good pieces to add to the program. And then a few days later, I got on a group call with coach (Mike) Woodson and my family. He talked about how he liked my game as well. His background and track record speaks for itself in terms of the coach he is. They think that I could be a good asset to their program.”

Did you know coach Rosemond before?

“No sir, that was my first time speaking with him.”

What did you think of him?

“I thought he was a real good guy. He said some great things to me and we had a pretty good conversation for the time we talked. He’s been texting me a little bit since then. We’re starting to get a pretty good relationship as well.”

And what did you think of your conversation with coach Woodson?

“I thought it was great. He told me some pretty good stories about what he’s experienced with players throughout his coaching career. He’s taking that Indiana program to the next level obviously and I think it was great that I got the opportunity to speak with him as well.”

We spoke to your high school coach (Zeke Washington) earlier today and he was talking about you as a “positionless player.” How did you develop that in your game and what are some of the strengths of your game?

What has the recruiting process been like so far? You’ve got over 20 scholarship offers already. What’s it been like managing the process?

“It’s been great. I’m blessed to have all of those schools reaching out to me in my recruitment. It’s been fun getting to hear from different coaches and programs and what they like about me and what they think I can do for them. It’s been a pretty great time.”

What are you looking for ultimately in a school? What are some of the factors that will be important to you?

What are you working on right now in terms of your game during workouts?

“I’m working on getting stronger in every area. There’s always room for improvement I believe. Shooting was something that we worked on a lot during the offseason that we’re still working on. Just trying to get my jump shot as consistent as possible. Being able to knock down shots at a high level is something I’ve been working on a lot.”