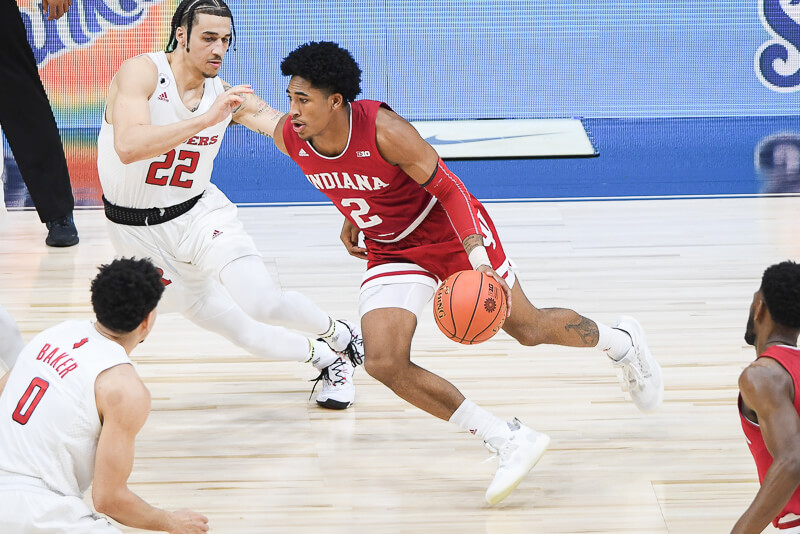 A source close to Franklin confirmed the news with Inside the Hall’s Tyler Tachman.

The 6-foot-4 guard from Indianapolis Cathedral averaged 11.4 points, 4.1 rebounds, 2.1 assists and 1.2 steals last season in 30.1 minutes per game last season for the Hoosiers.

A four-star prospect out of high school, Franklin chose Indiana over Purdue and Xavier and was one of the program’s two class of 2019 recruits along with Trayce Jackson-Davis.

Franklin shot 42.4 percent on 3s as a sophomore, but missed five of the team’s 27 games with foot injuries.

By entering the portal, Franklin will be able to have direct contact with other schools and explore his options for a transfer. His entry into the portal does not prevent him from returning to Indiana next season.

Frankling is the second Indiana player to enter the portal since last week’s dismal of Archie Miller as the program’s head coach. Al Durham Jr. announced last week that he would seek to play his final season as a graduate transfer.