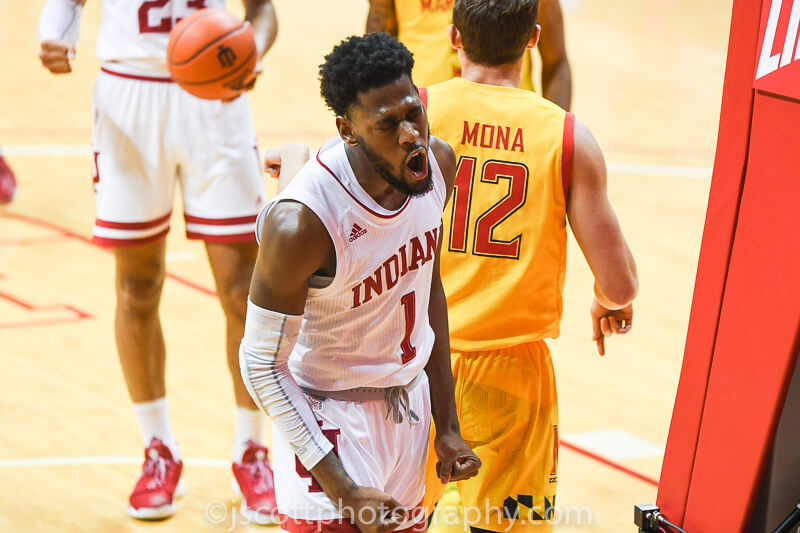 Indiana senior guard Al Durham Jr., who averaged 8.3 points over 123 career games for the Hoosiers, confirmed on Tuesday morning that he has entered the transfer portal.

Durham posted the announcement on social media with the following message:

“Thank you Indiana for allowing me to for up and mature right in front of your eyes. My four year experience has been amazing! With that being said, I have decided to enter the transfer portal and explore possibilities elsewhere as a fifth year senior.”

Durham started 97 games over his four-year career at Indiana and was a career 35.8 3-point shooter. He scored 1,035 points for Indiana and averaged 2.2 points and two assists.

His departure from the program was not unexpected given that he was honored as a part of Indiana’s outgoing senior class in the following video posted by IU Athletics:

"I appreciate everything you've done for me & I'll cherish these moments here forever — I'll be a Hoosier for life."#IUBB Senior | @AlDurham01 pic.twitter.com/8tXi36TNg1