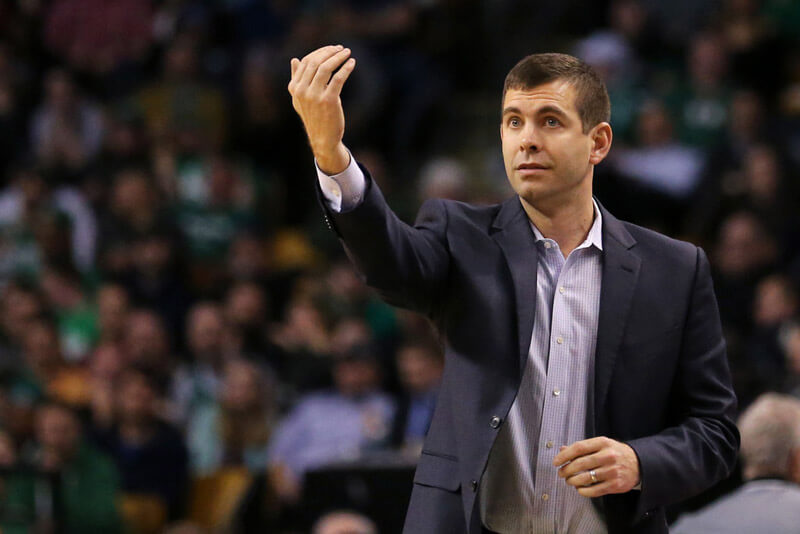 Despite persistent rumors that he may have interest in the coaching vacancy in Bloomington, Boston Celtics coach Brad Stevens reiterated Friday that he is not interested in the position.

When asked Friday by reporters whether he’s considering the coaching job at Indiana, Stevens responded: “I said it the other day: I am not.”

Stevens continued: “And I tried to say it as clearly as I could and also make sure that people understand that place is special to me. Because I don’t want to make it sound like it’s not. But, like I said the other day, I’m so grateful to this organization, and to the people here, and for all that they’ve done for us.”

Rumors have swirled about Stevens possibly taking the head coaching position at Indiana after Archie Miller was fired Monday afternoon.

Stevens, who grew up in Indiana and attended IU games a kid, coached Butler to two NCAA Championship appearances before taking over as the coach of the Boston Celtics. He’s currently in his eighth year with the Celtics.

“I’m not a kid anymore,” Stevens said Friday. “I’m a 44-year-old Masshole. I swerve around others when I’m driving, I eat Dunkin Donuts and I root for the Patriots.”

Here’s Brad Stevens’ complete answer on why he has no interest in leaving the Celtics, including, “I’m not a kid anymore. I’m a 44-year-old Masshole. I swerve around others when I’m driving, I eat Dunkin Donuts and I root for the Patriots.” pic.twitter.com/t0sKCiJOfW