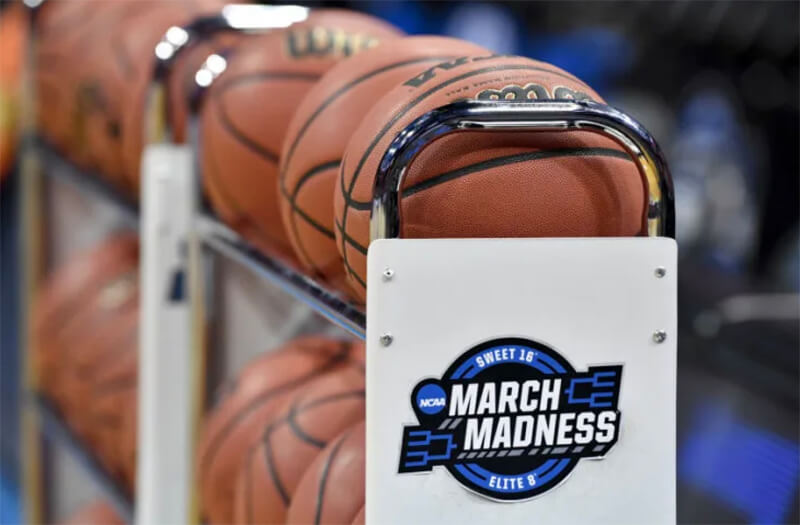 With just a few days left until Selection Sunday, Thursday is shaping up to be a fantastic day of basketball. From a bubble perspective, here are the most important games:

• Michigan State vs. Maryland – The winner here gains some breathing room, while the loser pushes closer to the last four in.

• Syracuse vs. Virginia – After blowing out NC State, the Orange will be gunning for a quad 1 win against the top-seeded Cavaliers.

• Seton Hall vs. St. John’s – This one is an elimination game in every sense. The winner won’t move into the field, but they would at least keep their at-large hopes alive.

• Nevada vs. Boise State – The Broncos are out for revenge after being swept in a pair of games in Reno earlier this season.

The one seeds remain unchanged with Gonzaga, Baylor, Michigan, and Illinois staying put on the top line. Gonzaga got a scare from BYU in the WCC Final but pulled away late to lock up the top overall seed. Baylor moved back to second overall after winning at West Virginia in overtime and following that up with home victories against Oklahoma State and Texas Tech since last week’s projections. They take on Kansas State in the Big 12 quarterfinals today.

The Wolverines dropped a pair of games last week, including a home loss to Illinois. The Illini picked up that win without Ayo Dosunmu, who came back over the weekend to help propel the team to another key road victory at Ohio State. Right now I still have Michigan slightly ahead of Illinois on the one line, but that gap is closing. At the same time, it’s becoming harder and harder to envision a new team leapfrogging any of the current top seeds.

The projections below are based on all games played through March 10, 2021. Following the bracket, I included a few thoughts on the last four in and first five out.

Boise State – Following a home loss to Fresno State, the Broncos are entering the Mountain West tournament on a three-game skid. They are 4-6 against the top two quadrants with road wins at BYU and Colorado State to go with a home sweep of Utah State. That Fresno State loss falls in quad 4 though, and they also lost both games at Nevada, who isn’t in the at-large mix and will be their opponent in the MWC tournament on Thursday. A win there would likely give Boise State another crack at San Diego State and a chance to get some breathing room.

Colorado State – The Rams split a pair of makeup games last week, losing the second on a last-second shot at Nevada. They have posted a 3-3 mark versus the other tournament-caliber squads in the Mountain West, and those three wins all fall in the top two quadrants. CSU has no losses outside of the top two quadrants, but a whopping 10 of the Rams’ 16 D-I victories fall in quad 4. They will take on Fresno State on Thursday, and a victory would likely lead to a semifinal matchup with Utah State, which would have major bubble implications.

Drake – Playing without two of its best players, Drake fell in the finals of the Missouri Valley conference tournament. The Bulldogs only had to win one game to get there thanks to COVID issues for Northern Iowa, but Drake’s lone tournament win over Missouri State did provide a fifth quad 2 victory. A one-point overtime win over Loyola Chicago accounts for the Bulldogs’ lone victory over a team in the top 90 of the NET despite having those five quad 2 wins. A pair of quad 3 losses doesn’t help matters, and the lack of quality wins plus the injury situation makes Drake’s situation tenuous at best.

Syracuse – It wouldn’t be March if the Orange weren’t on the bubble, as home wins over North Carolina and Clemson propelled them back into the conversation. They have just one quad 1 win (at NC State), while home victories over Clemson, UNC, and Virginia Tech all sit in quad 2 along with two more wins over NC State. Syracuse has only one loss outside of the top two quadrants but is just 2-7 in road games. The Orange blew out NC State on Wednesday, setting up a matchup with top-seeded Virginia in the quarterfinals.

Saint Louis – Thanks to a lengthy COVID pause, the Billikens played just 10 conference games, finishing at 6-4 in the Atlantic-10. Home victories over St. Bonaventure and LSU are among SLU’s four wins against the top two quadrants, but the Billikens were swept by Dayton (one of which falls in quad 3) and suffered another quad 3 loss at La Salle. They took care of UMass in their first A-10 tournament game but lost by 18 to St. Bonaventure in the semis. Coach Travis Ford mentioned SLU was trying to find another game for this week, but it doesn’t seem like that is going to materialize.

Xavier – After blowing a double-digit lead against Butler in the Big East tournament, the Musketeers are right on the cut line. They have a 1-2 mark in quad 1 and are 5-5 in quad 2, but all of their top 75 wins have come at home (Creighton, Oklahoma, Toledo, St. John’s). The overtime loss to Butler gave Xavier its first loss outside of the top two quadrants and dropped them into the 60s of the NET, but they have dropped three other games to teams not in the at-large picture and a total of six games to teams not in today’s projected field. I’ll take a closer look at Xavier’s profile as the week rolls on, but for now, they are on the outside looking in.

Utah St. – The Aggies knocked off Wyoming and won at Fresno State last week to stay in the mix. Home victories over San Diego State (twice) and Colorado State account for all of Utah State’s wins in the top two quadrants. In total, the Aggies are a combined 3-5 in quads 1 and 2, but they also have a pair of quad 3 losses and have done very little away from home. Utah State will take on UNLV on Thursday, and a win there would likely set up a huge bubble game against Colorado State.

Ole Miss – Last week’s home wins over Kentucky and Vanderbilt last week were enough to keep the Rebels in the mix for now. Ole Miss has three quad 1 wins and a 8-8 mark against the top two quadrants, but a home win over Tennessee and a sweep of Missouri are the only wins against at-large caliber teams. The Rebels have a pair of quad 3 losses and a total of five losses to teams not in the at-large picture. They open SEC tournament play on Thursday against South Carolina, and if they can win there, LSU awaits in the quarterfinals.

Seton Hall – The Pirates fell at home to UConn before losing at St. John’s, and they’ve now lost four straight games heading into the Big East tournament. They do have three quad 1 wins, but with those wins coming at UConn (31) while James Bouknight was out, at Penn State (40) in overtime, and at Xavier (58) there isn’t exactly a marquee win among them. Seton Hall is just one game over .500 at 13-12 with four losses to teams not in the at-large picture. The Pirates will take on St. John’s on Thursday in their Big East tournament opener, and at this point, it’s a must-win.