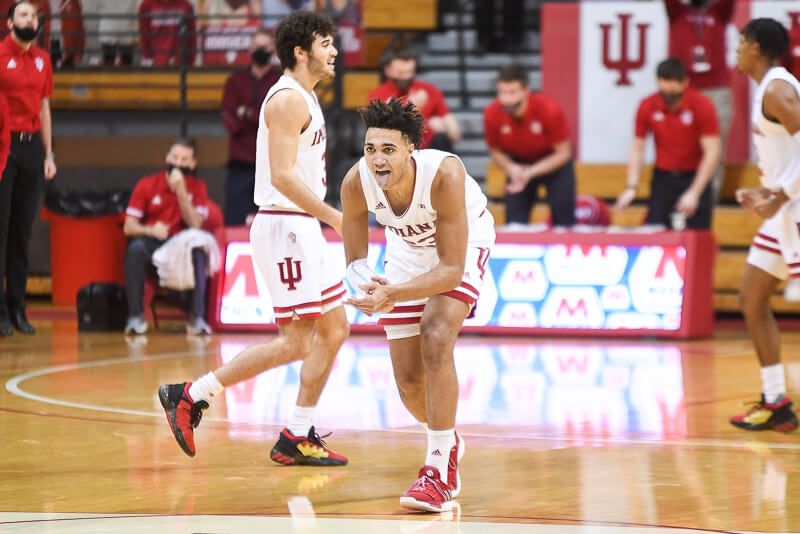 How it happened: Things were bleak early for Indiana. Iowa made its first three 3-pointers and led 17-4 by the 13:09 mark of the first half. It looked like the Hawkeyes might run the Hoosiers right off Branch McCracken Court. Indiana, however, had an answer. And it was primarily fueled by its youth. Jordan Geromino, Anthony Leal and Khristian Lander all gave the Hoosiers solid minutes and with Luka Garza on the bench with two fouls, IU made its move. After Iowa led 31-24 with 2:44 to play before halftime on a Joe Wieskamp layup, Indiana scored the last nine points before intermission to claim a 33-31 lead.

That momentum, however, would be short lived. Archie Miller went back with his starters to begin the second half. By the time Miller brought Geronimo, Leal and Lander back at the 15:43 mark, Indiana trailed 38-35. The Hoosiers got back within one at the 11:33 mark on a 3-pointer by Trey Galloway, but Iowa pushed it back to six after a pair of free throws and a 3-pointer by Jordan Bohannon. The Hoosiers answered again as Trayce Jackson-Davis tied the game at 53 with a 3-point play at the 6:06 mark. Indiana regained the lead on an Armaan Franklin layup with 5:05 to play.

Standout performer: Trayce Jackson-Davis (17 points, 12 rebounds) and Race Thompson (15 points, six rebounds) were both terrific for the Hoosiers. The duo combined to shoot 12-of-22 from the field. Thompson added four blocked shots.

Statistics that stands out: Indiana scored 17 points off of 11 Iowa turnovers. The Hoosiers also held Iowa to .96 points per possession, a season-low for the Hawkeyes.