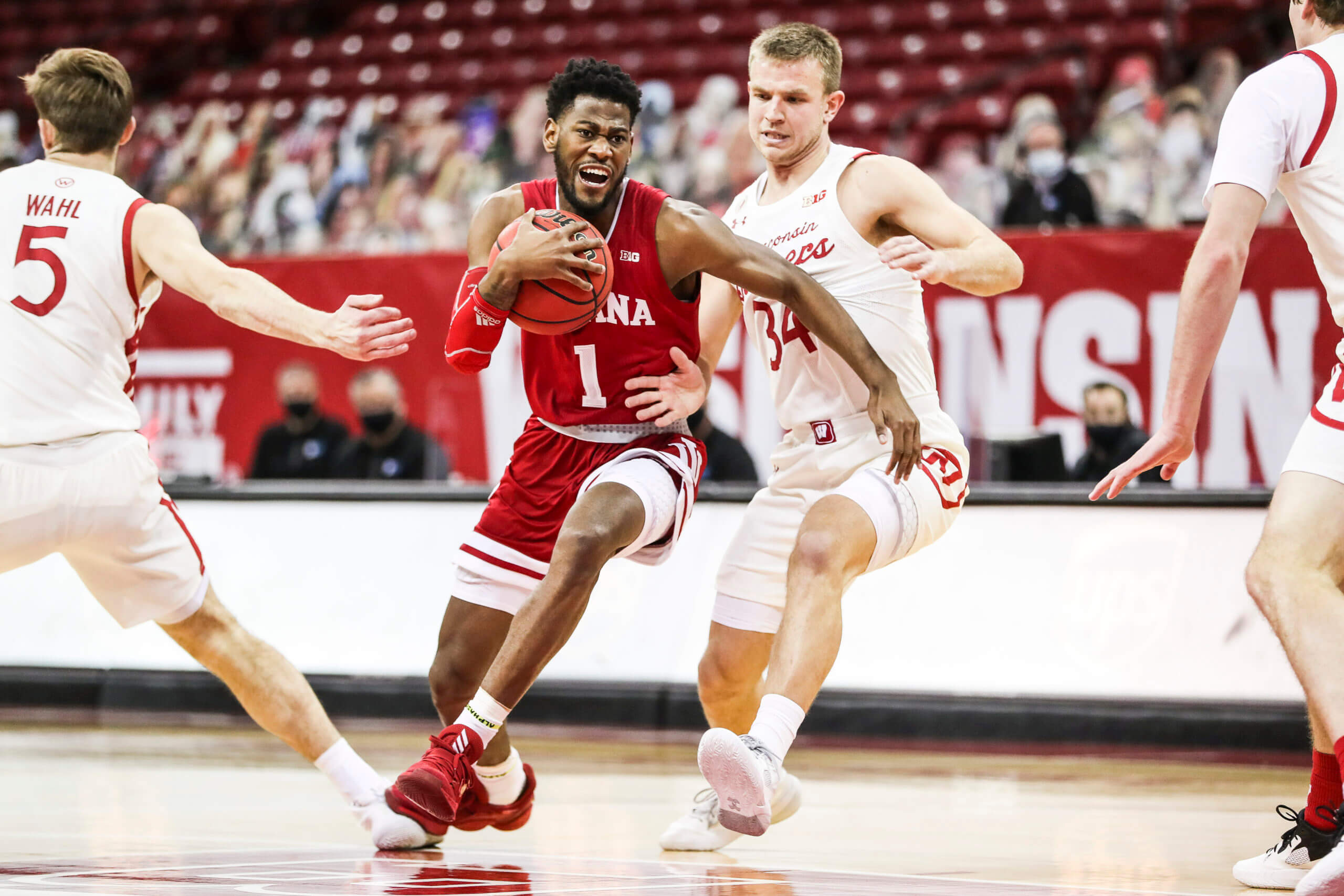 Thoughts on an 80-73 loss in double OT to the Badgers:

Indiana, playing without its best perimeter scorer in Armaan Franklin, gave Wisconsin absolutely everything it could handle tonight in Madison. This game was there to be had. At the end of regulation, Trayce Jackson-Davis got off a good look on the left side of the rim that could have been the game-winner, but it didn’t go down. And in the first overtime, Indiana had the ball with seven seconds left and the game tied, only for Al Durham Jr. to lose the possession in a jump ball with Brad Davison, which eventually punched the game into a second overtime.

From there, in a game that had been so tight, with neither team leading by more than three points over the final five minutes of regulation and the first overtime, Wisconsin was able to break it open on a couple of 3-pointers from Tyler Wahl. That sunk the Hoosiers for good.

Things looked shaky when the Hoosiers got down 23-11 with 6:48 to go in the first half. But Indiana closed the half on a 13-6 run to be down a respectable five points (29-24) at the break. Anthony Leal, in his best game as a Hoosier, knocked down two 3-pointers in that stretch to boost the Hoosiers. For all its offensive issues to start this one, Indiana gave Wisconsin trouble defensively. It held a top 10 offense nationally to .94 points per possession and seemed to get the Badgers out of their comfort zone in their swing offense with a lot of switching.

Indiana really turned things around offensively in the second half — which seems to be a theme at this juncture in the season — by finding Trayce Jackson-Davis in space. As we’ve seen so often this season, Jackson-Davis was unstoppable for a stretch in the second half and the Badgers had no answers. The Center Grove product scored 16 points on 7-of-10 shooting in the second half. Indiana was also able to get contributions from its upperclassmen guards once again, as Al Durham and Rob Phinisee both scored seven points in the second half. Jerome Hunter contributed five of his own, including a huge dunk with 41 seconds left to put the Hoosiers up 61-59.

But D’mitrik Trice (21 points) was able to get a bucket on the other end to tie it up, one of many tough, key shots he hit for Wisconsin when it mattered, and we know how it went from there. Hats off to Trice tonight. Big buckets were his thing.

It’s a loss and one that stings. But this was a great, gutty performance from the Hoosiers against one of the better teams in the country — and perhaps the best team in the Big Ten. It was there to be had. It just didn’t happen. There are many more challenges to come against teams that are near Wisconsin’s level — Michigan, Iowa, Illinois once more. If the Hoosiers can raise their play to this level and do it consistently, they’re bound to get something to break their way against a better team during this grueling season in the Big Ten.